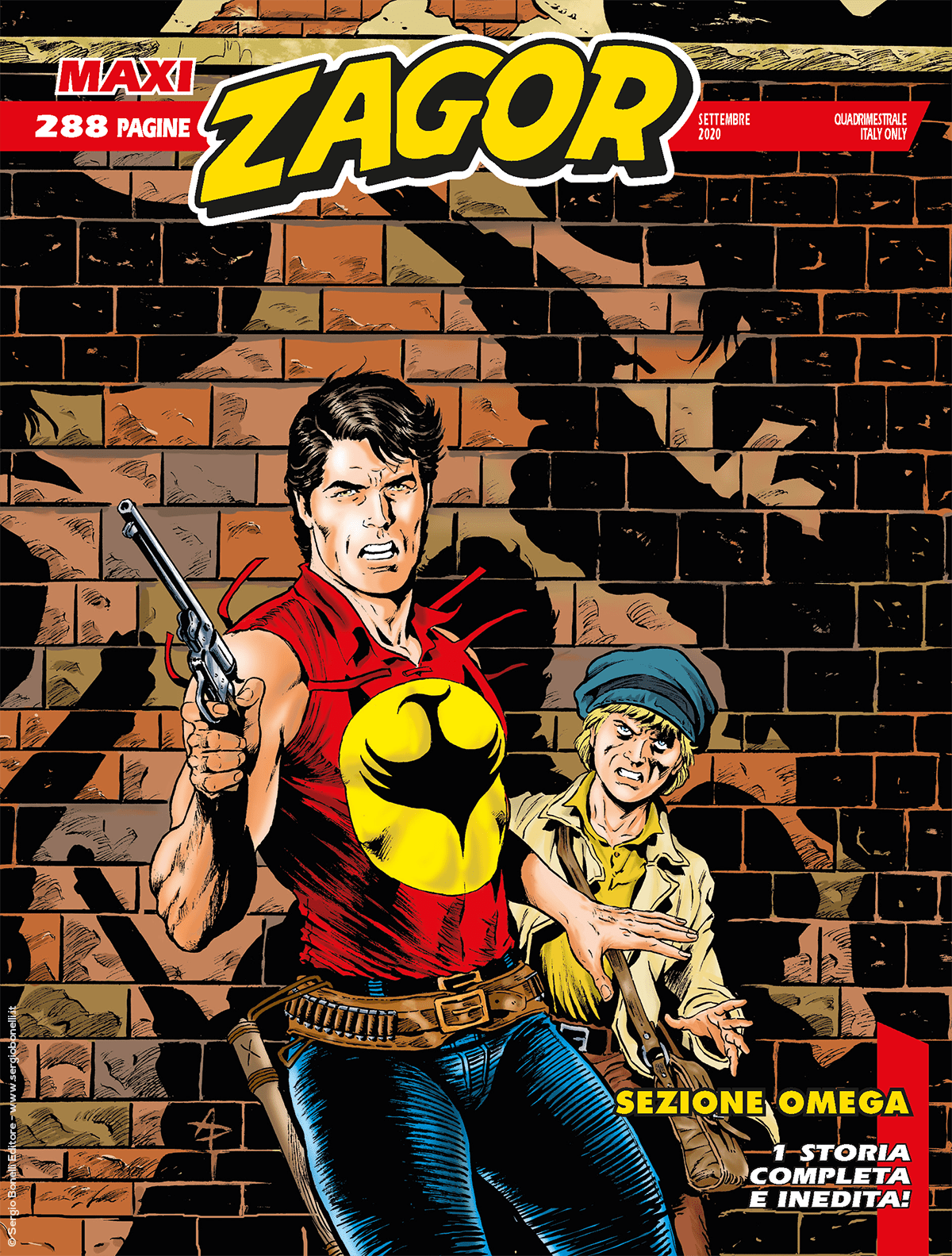 Introduction: Christopher, the boy endowed with terrible paranormal powers that we met in the Spirit-with-the-Hatchet’s Speciale 27, is back…

Adopted by a family from Baltimora, Christopher appears to have lost his mysterious powers. But he has recurring dreams and nightmares, that may be memories of a forgotten past that is slowly surfacing again. To shed light on all that, he escapes towards a town whose name obsessively appears in his dreams: White Church. Along his adventurous and insidious way, Christopher will see his powers come back slowly. He will then be able to know his shocking past and unveil a secret that will change his and many other people’s lives. A gang of mysterious and belligerent enemies goes on his tracks, determined to shut him down forever. Zagor will have to fight them to rescue Christopher and uncover the obscure plots hatched by a powerful secret organization, Section Omega.