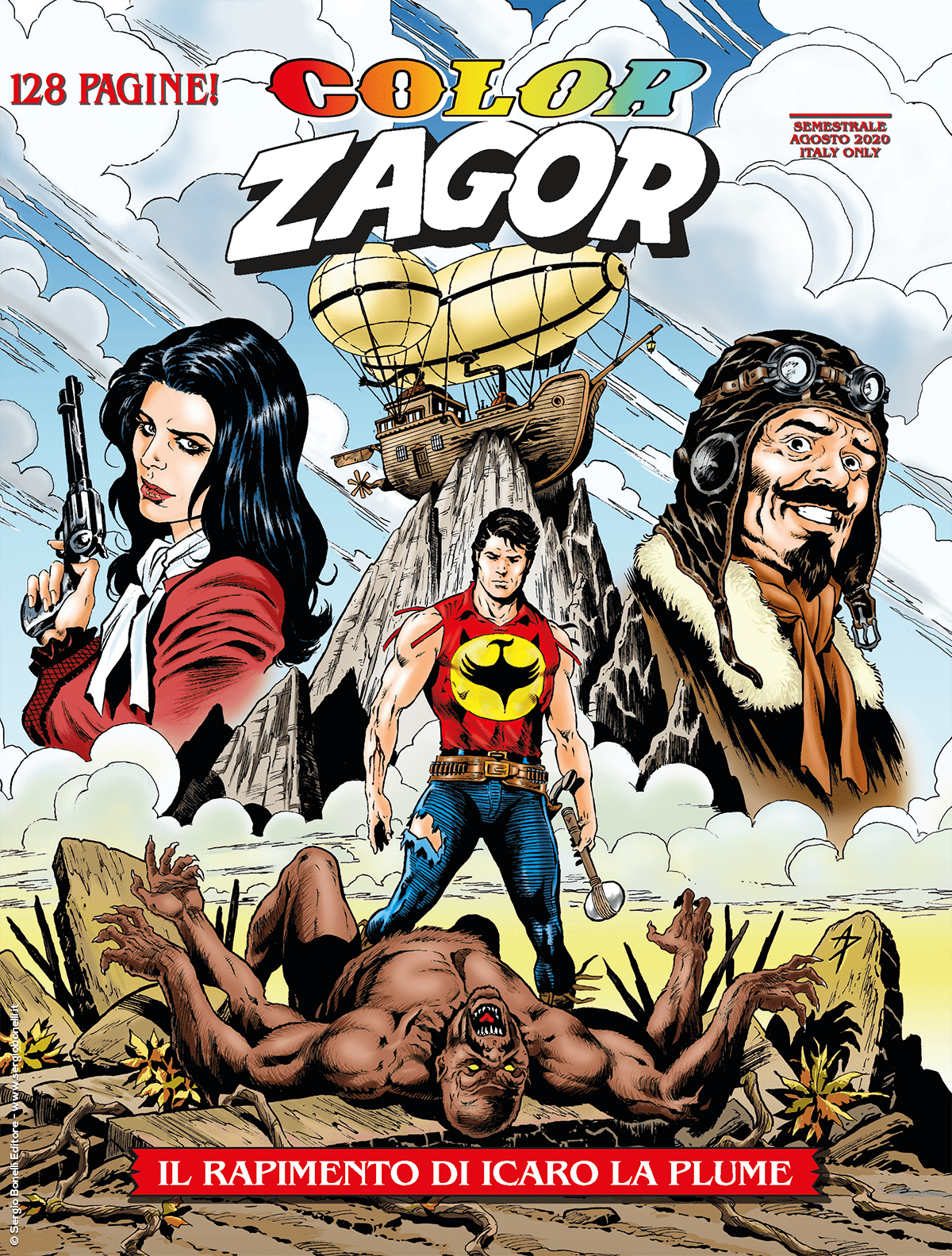 Introduction: Zagor is back to Ol Undas, a mysterious city hidden in the clouds, to save Icaro La Plume…

Eva Dunkpof, the daughter of an aeronautical engineer that time ago had collaborated with Icaro La Plume at the construction of an aircraft called “flying catamaran”, kidnaps the Baron. Eva wants to force him to go back with her to the peak of the inaccessible crag where the mysterious city of Ol Undas stands. La Plume, with Zagor & Cico, crashed on that peak during an adventure of many years ago, finding a community that had been isolated from the rest of the world for thousands of years. After hiring a band of unscrupulous men, Miss Dunkpof wants to reveal Ol Undas to the scientific community and seize its technological secrets, the legacy of antediluvian cultures that were more advanced than ours. To reach the crag’s summit, they build a flying ship suspended to hot-air balloons. Zagor manages to board the ship, and goes back with La Plume, to the mountaintop... where he’ll find out what happened to the people of the hidden city in the meantime!