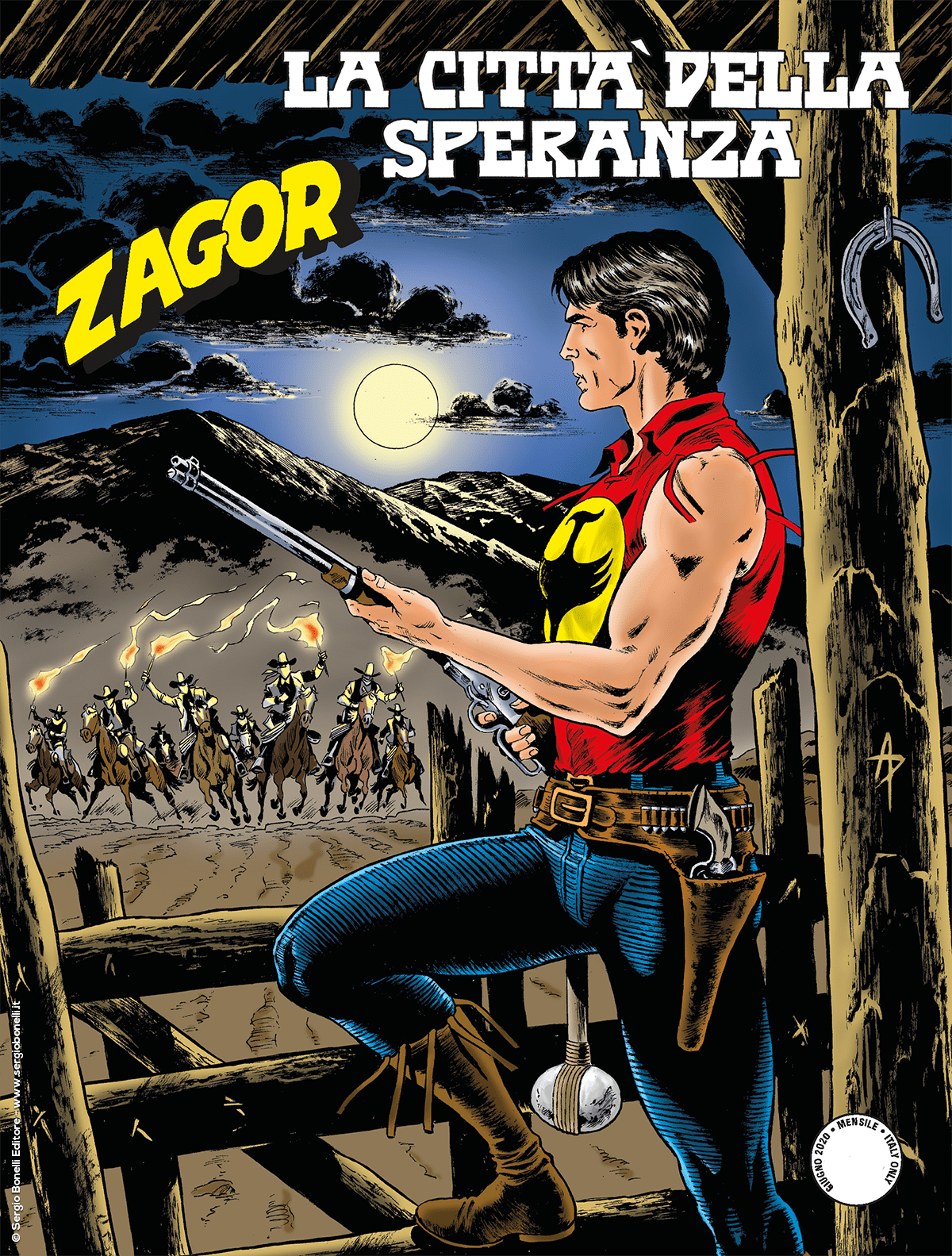 Introduction: A man unjustly accused, a town to protect, but most of all, an idea of equality and coexistence between Black and White people to preserve. A demanding responsibility for the heroic Spirit-with-the-Hatchet!

Accused of a murder he didn’t commit, young Jerome is waiting in jail for his fate to be sealed… while the men at the orders of Virgil Boyd are stirring the rage of the Green Corner citizens, leading an attack to burn Nova Spes down! Zagor fights Murray and the other Black hitmen hired by Boyd to put the blame on the people of color who live in Nova Spes. Our hero goes to the rescue of the City of Hope, founded by Mr. Waters.