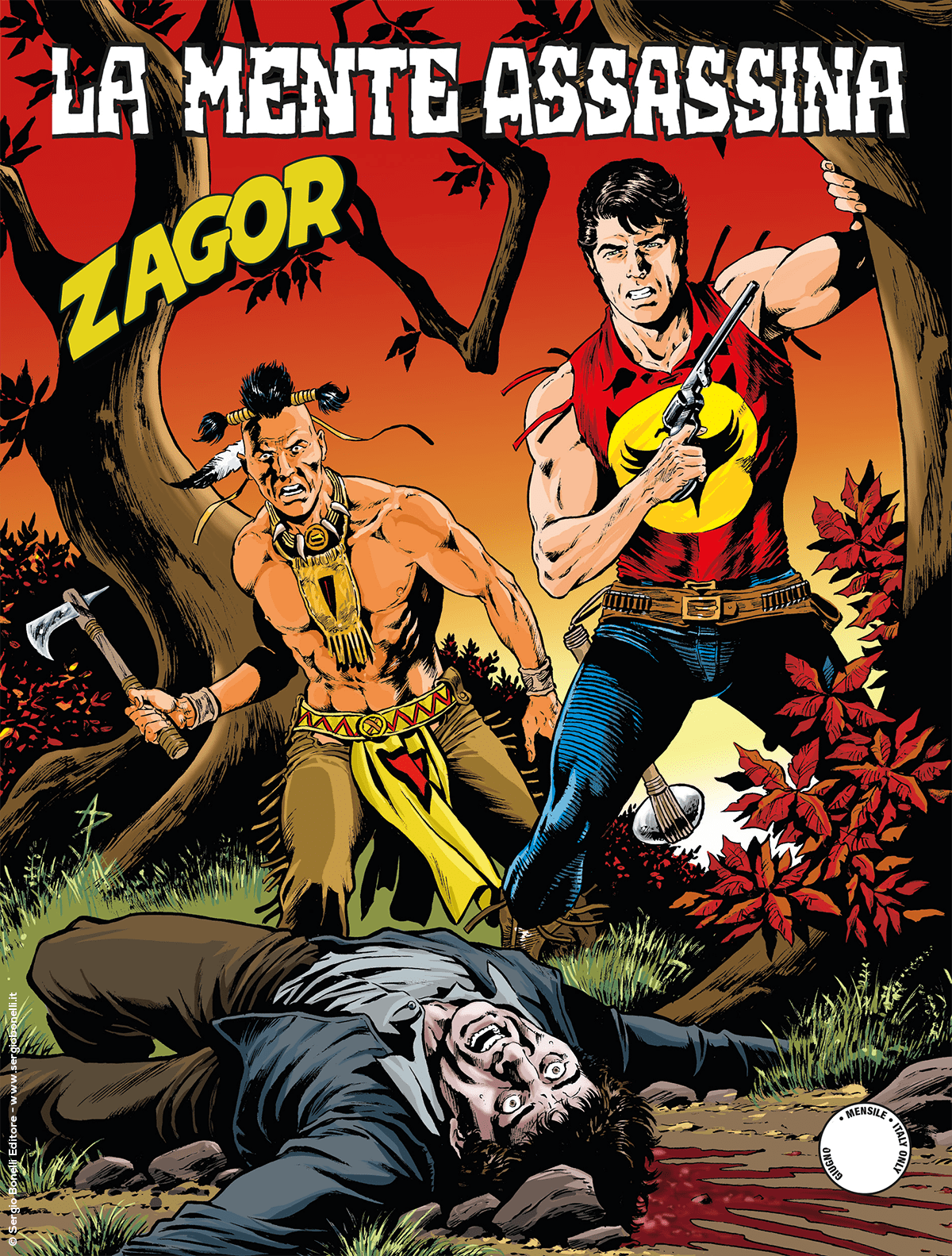 Introduction: It’s reckoning time for Sophie Randall and the Spirit-with-the-Hatchet!

The mutant’s daughter, Sophie Randall, comes to Darkwood looking for Zagor. On her way there, she horribly killed dozens of victims: she forced them to commit suicide, using her terrible telepathic power. Now she’s on the path to Tonka’s village, where the Spirit-with-the-Hatchet will try anything to prevent her from causing harm again! In the second part of the album, a new adventure starts, centered on a community of former slaves who escaped from the Southern plantations. They clash against the citizens of a nearby town...