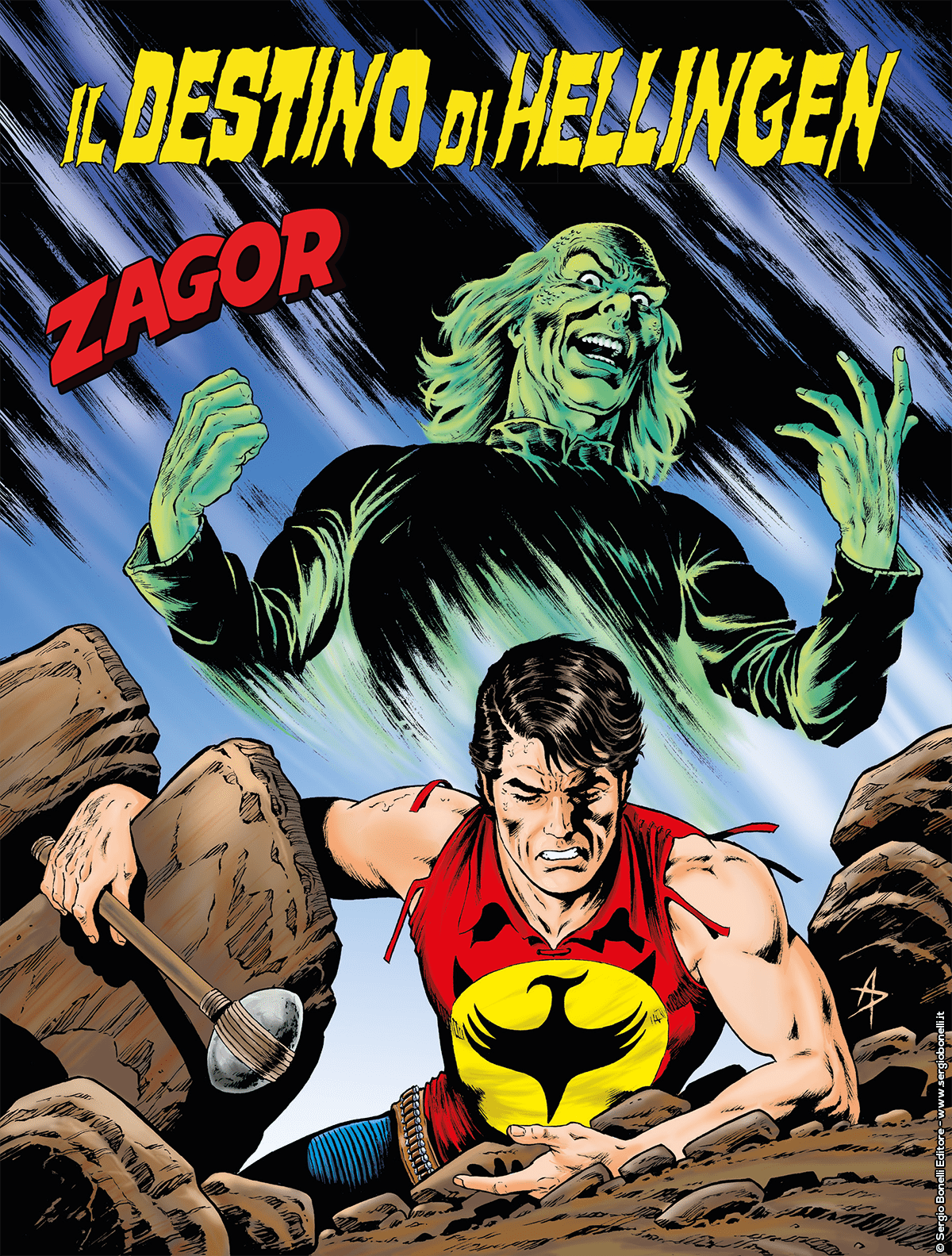 Introduction: Problems double for the King of Darkwood…

The scientists’ society that goes under the name of “Hellingen’s Disciples”, gathered by the First Disciple, Jupiter Quaritch, set their HQ in the vaults under the ruins of the castle on Mount Naatani, the former lair of the Mad Doctor himself. They used the Resurrection Vat of the Akkronians to try creating a new clone of their Master. Unexpectedly, though, two figure materialize inside the machine, instead of one… Zagor, who entered the vaults and is watching the scene in shock, faces a situation that will start a series of turn of events culminating in the death of an essential character of the saga. And there will be a surprise ending...