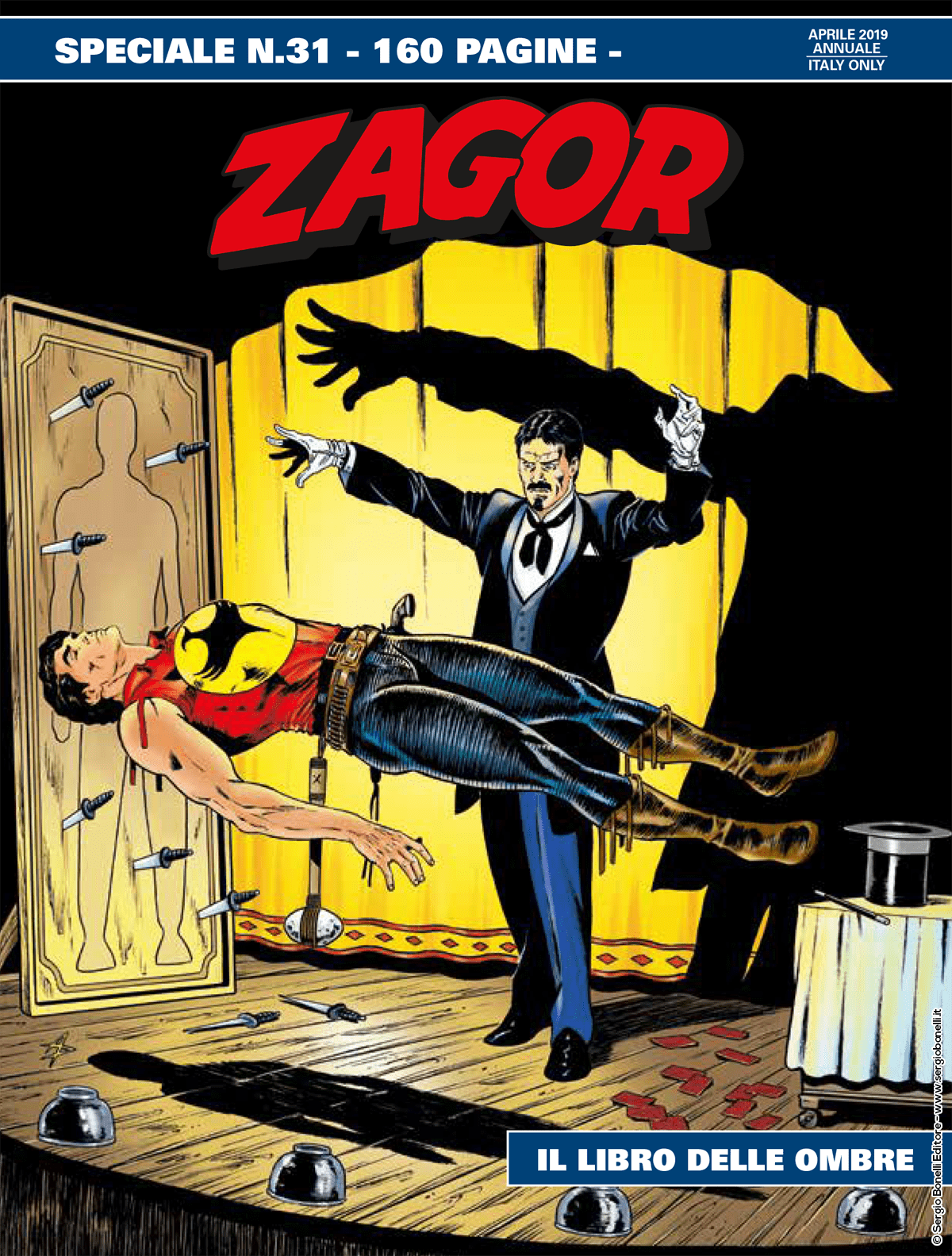 Introduction: Zagor and Cico suffer from a severe case of amnesia. Without an identity and a point of reference, they will have to find a way to exonerate themselves from an incrimination for murder!

After they woke up in a saloon bedroom, in an unknown town, without any memory of who they are and what happened to them, Zagor & Cico are charged with a double murder. With only the help of Cheveyo, an old Native medicine man who turned into a drunkard and fell into disgrace, they’ll need to retrace the latest events to find their identities again. They find out that, before losing their memory, the two friends were investigating a mysterious attack to a wagon trail that had been attributed to an innocent group of Chippewa. While on the tracks of the perpetrators, they will have to escape the deadly spells that the Great Gastald summoned from the Otherworld!