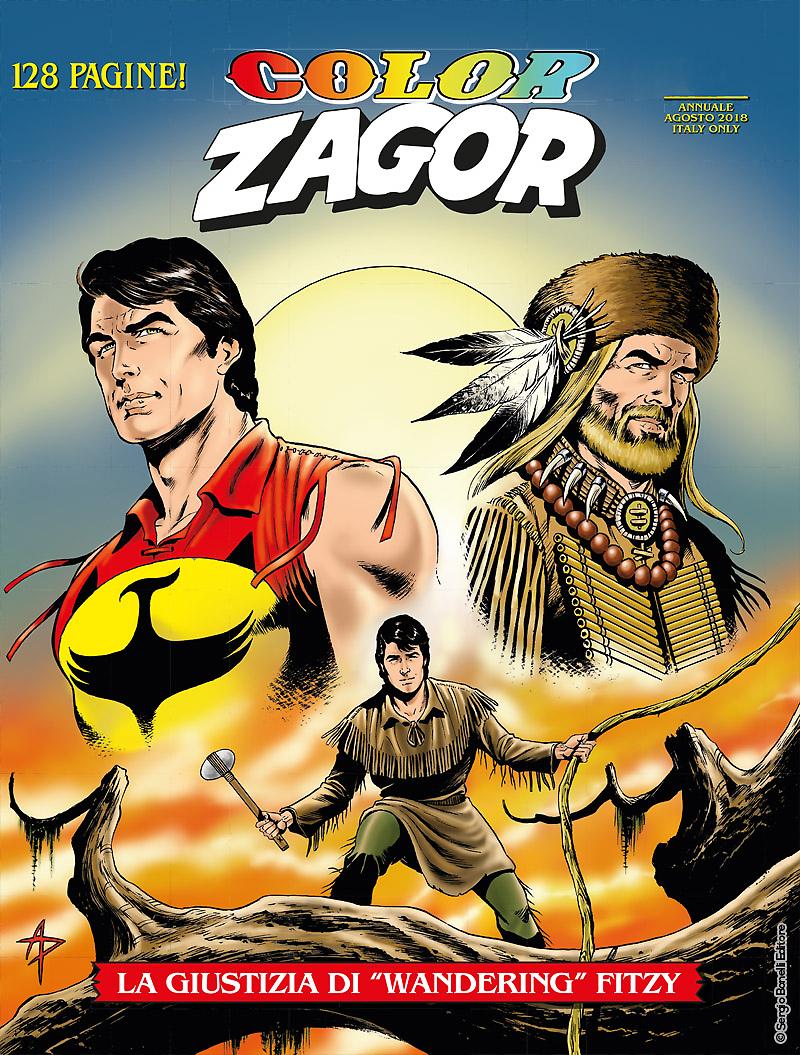 Introduction: Another piece in the puzzle of Zagor’s past, when he used to roam the Darkwood Forest with “Wandering” Fitzy, the trapper/poet/hobo/philosopher who was like another father for him!

The area near Raven Peak is home to an outcast called, because of his disfigured face, the “laughing monster” by the White men. A blind woman called Adah is mistreated because she’s a friend of the man, and Zagor goes to her help. It’s clear that he knows both of them since the time of his (and their) youth. But who is the mysterious hermit who wears a permanent smile on his face?
Zagor goes back to his past, telling Cico about the times when he and his mentor “Wandering" Fitzy run in that area, their clash against the Cayuga warriors, and the mysterious killer who disfigured his victims by cutting horrific smiles on their faces…