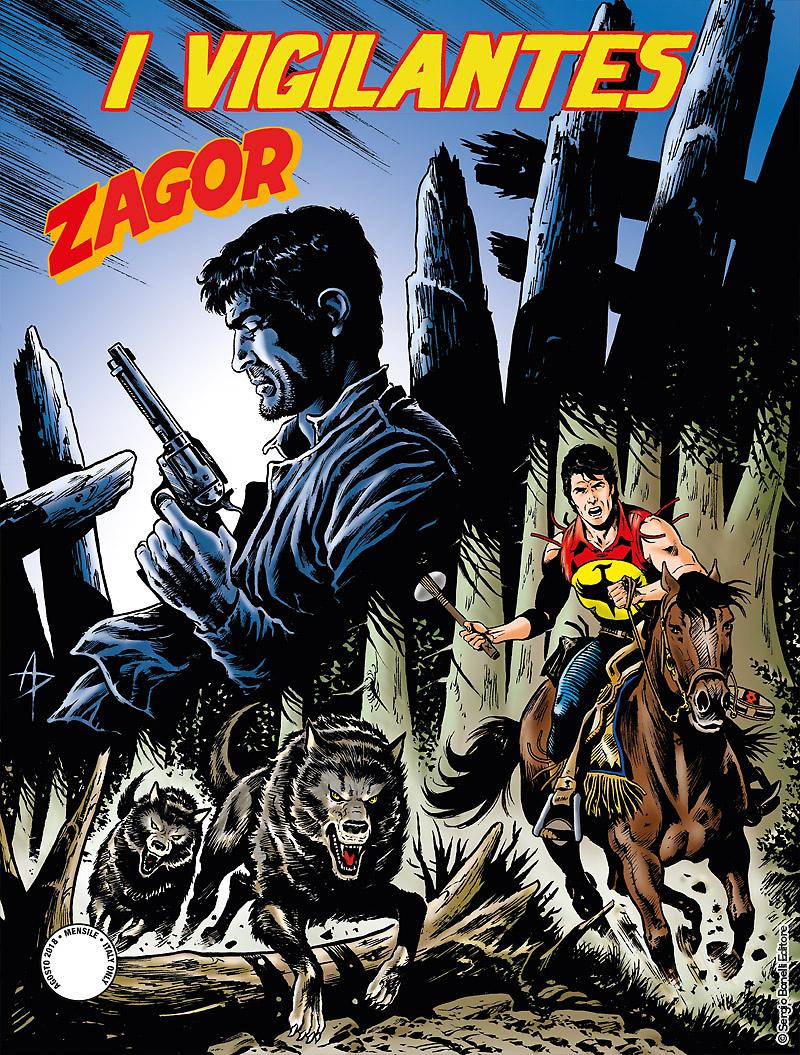 Introduction: Ashtonville has fallen into the clutches of a banker, Langley, and his ruthless vigilantes. Only a few brave citizens dare stand up to his abuse, extorsions, and violence… And Zagor is their leader!

Also Rita Duff, a young woman that the Spirit-with-the-Hatchet met in one of his past adventures (“La palude dei forzati”), joins them with her brother Elias, who can speak to animals. They are also supported by Parrish, a gunman who once worked for Langley, before a life change. He renounced violence after he realized his evil ways but ended up being an alcoholic. When Rita is kidnapped and kept as a hostage in a fort of the vigilantes, Parrish will find a way for his redemption.