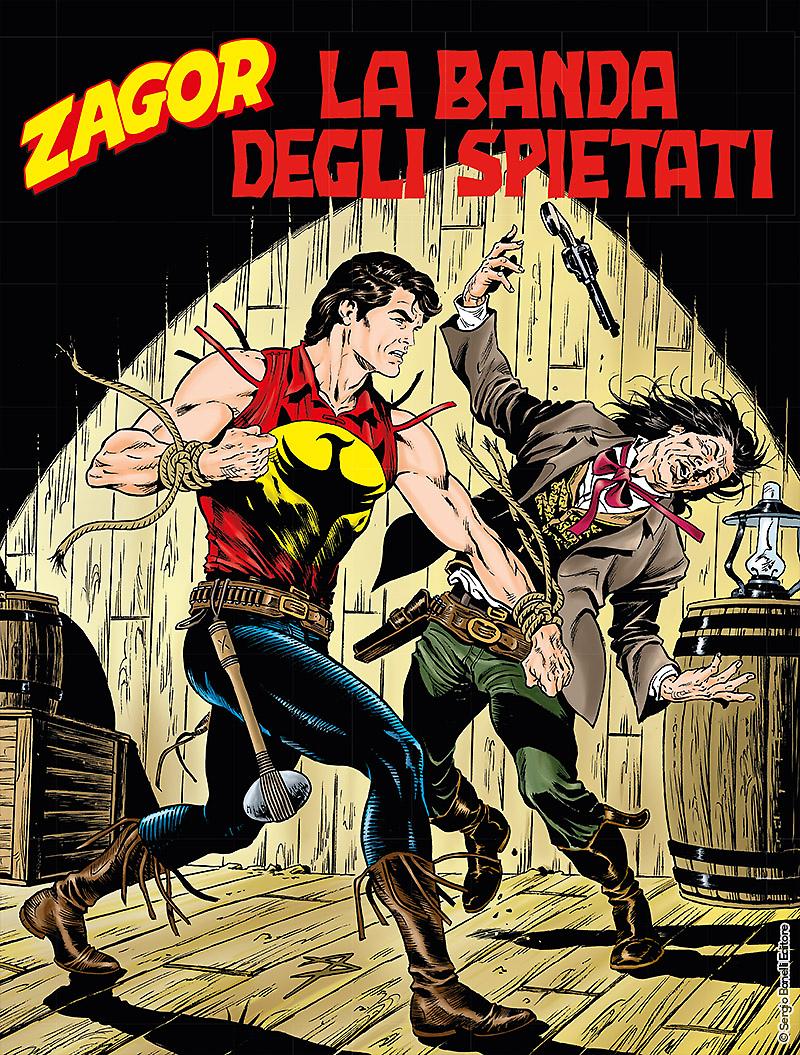 Introduction: "Il ritorno di Blondie" continues, and Zagor & Cico forge the most unusual of the alliances!

A gang of bloodthirsty and untouchable robbers once roamed the Scanlon Creek area, and they went under the deserved nickname of the Band of Specters. Zagor & Cico are unwittingly forced to battle the man who led that gang, and they will fight alongside Blondie...