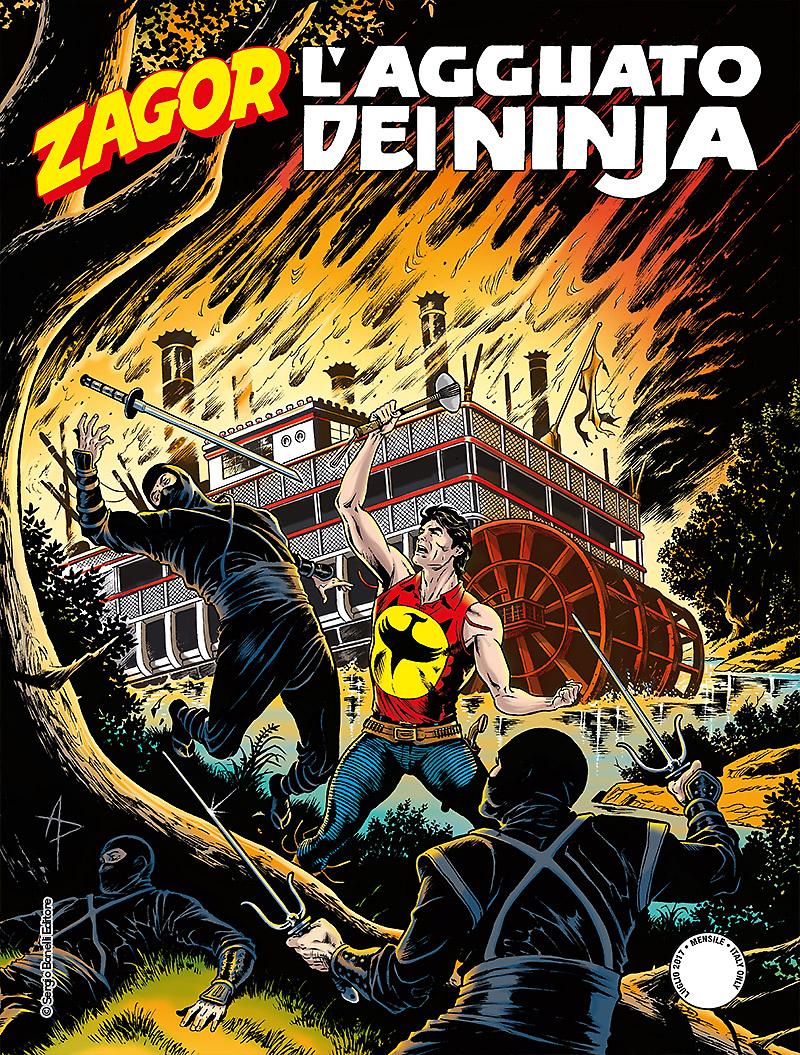 Introduction: During his first U.S. visit, four ninjas and an army of gunmen attack the Japanese ambassador...

After decades of isolationism, the Japanese government of the Shogun send a diplomatic delegation to the U.S. They will have to study the industrial development of the Western countries. But someone wants their mission to fail, and Zagor will have to fight four deadly ninjas and an army of gunmen...