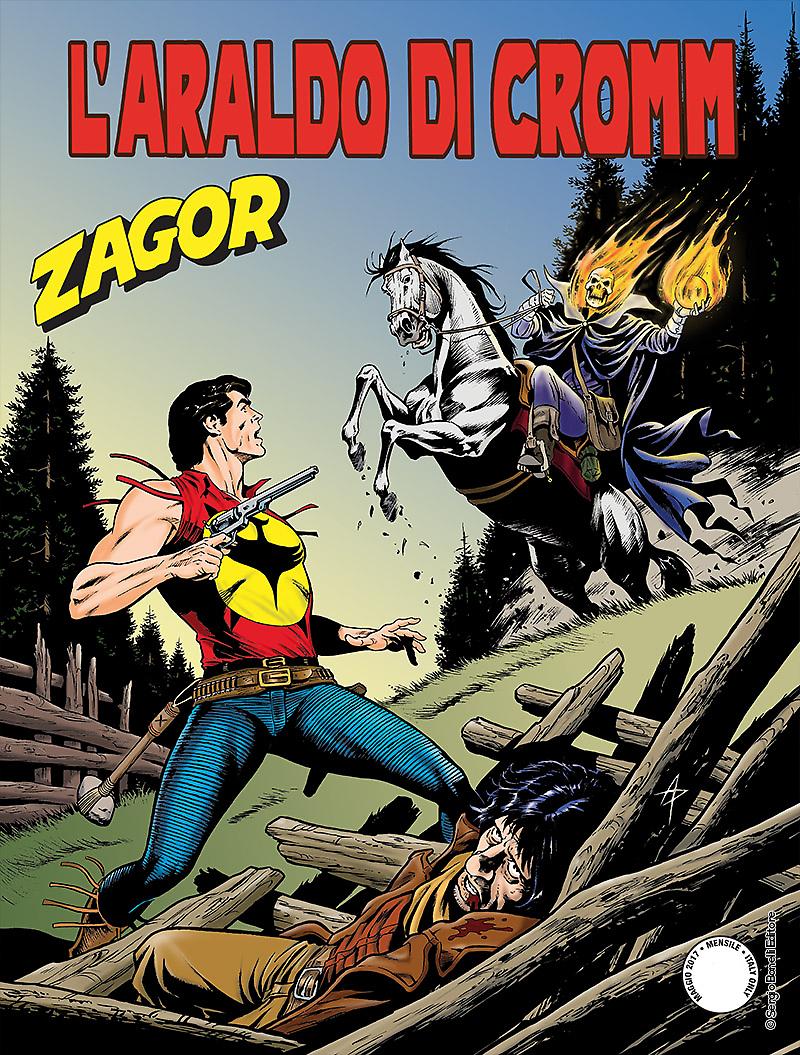 Introduction: Only Zagor can save Cico and the Murphys from the wrath of the mysterious Cromm's Herald!

A strange and disquieting knight with a flaming skull, called Cromm's Herald, set the house of an immigrant Irish family on fire. Only the arrival of the Spirit-with-the-Hatchet rescues Cico, Lucius Murphy, his young niece, Sinead, and the old grandma from certain death. But who are the Servants of Cromm? And what's the reason behind their savage revenge?