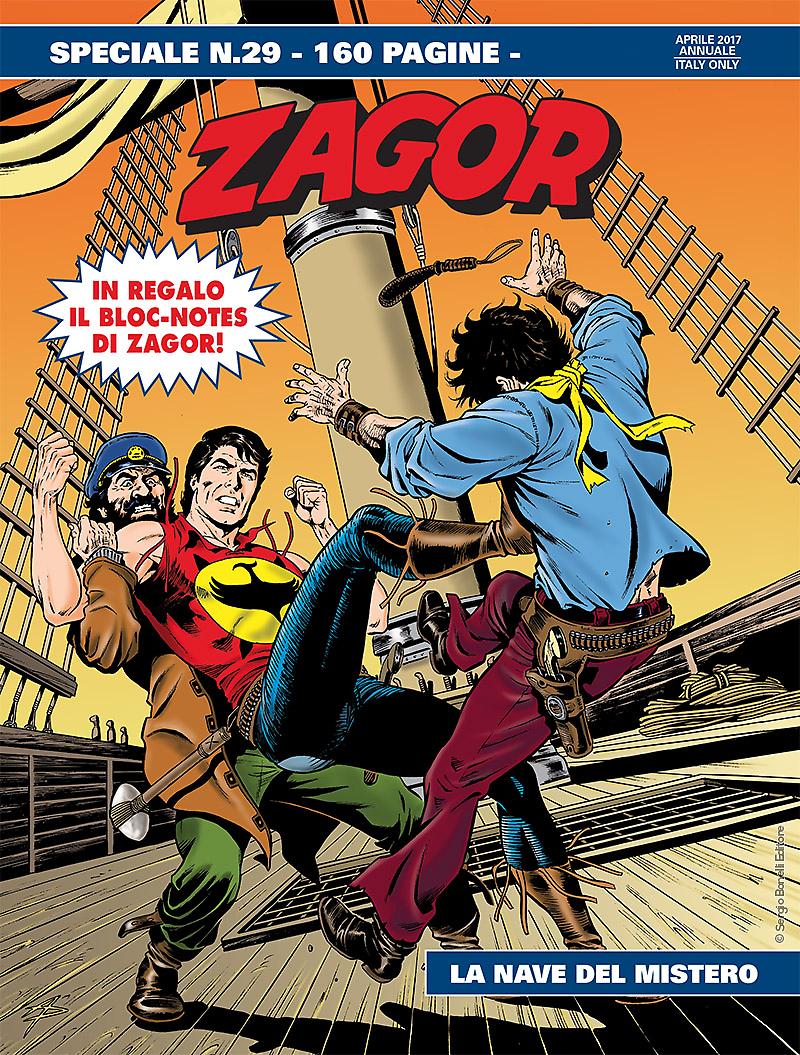 A string of mysterious crimes is unsettling Port Whale! The victims are all sailors of the “Blue Marlin” sailing ship, recently back from Africa. But the identity of the killer is a real surprise: Orsovic, the Albanian helmsman of the “Golden Baby”, is caught red-handed!Zagor and Cico, with the help of Ramath the fakir, try to prove their friend's innocence, since he declares he doesn't remember anything about the murders. To solve this case, they will need to find out what happened during the Blue Marlin's latest trip...