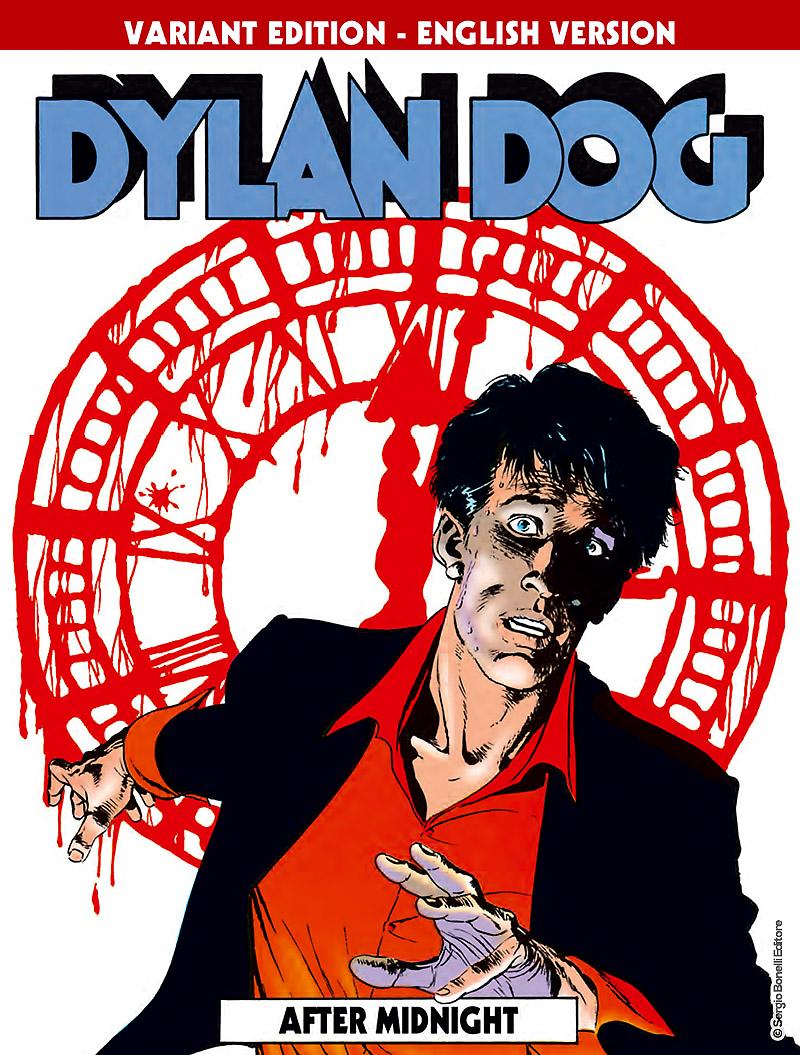 Hold the keys tightly! To be locked out of your home would be an unforgettable experience on a night like this, because an infinite darkness is enveloping London’s pavements. Ferocious murderers and gloomy tramps, distant voices and dangers of death chase poor Dylan down destiny’s roads, in the smoke of clubs and under the leaden skies of the streets. Dawn’s never been so far away!

The english version of the Dylan Dog's adventure by Tiziano Sclavi and Giampiero Casertano.