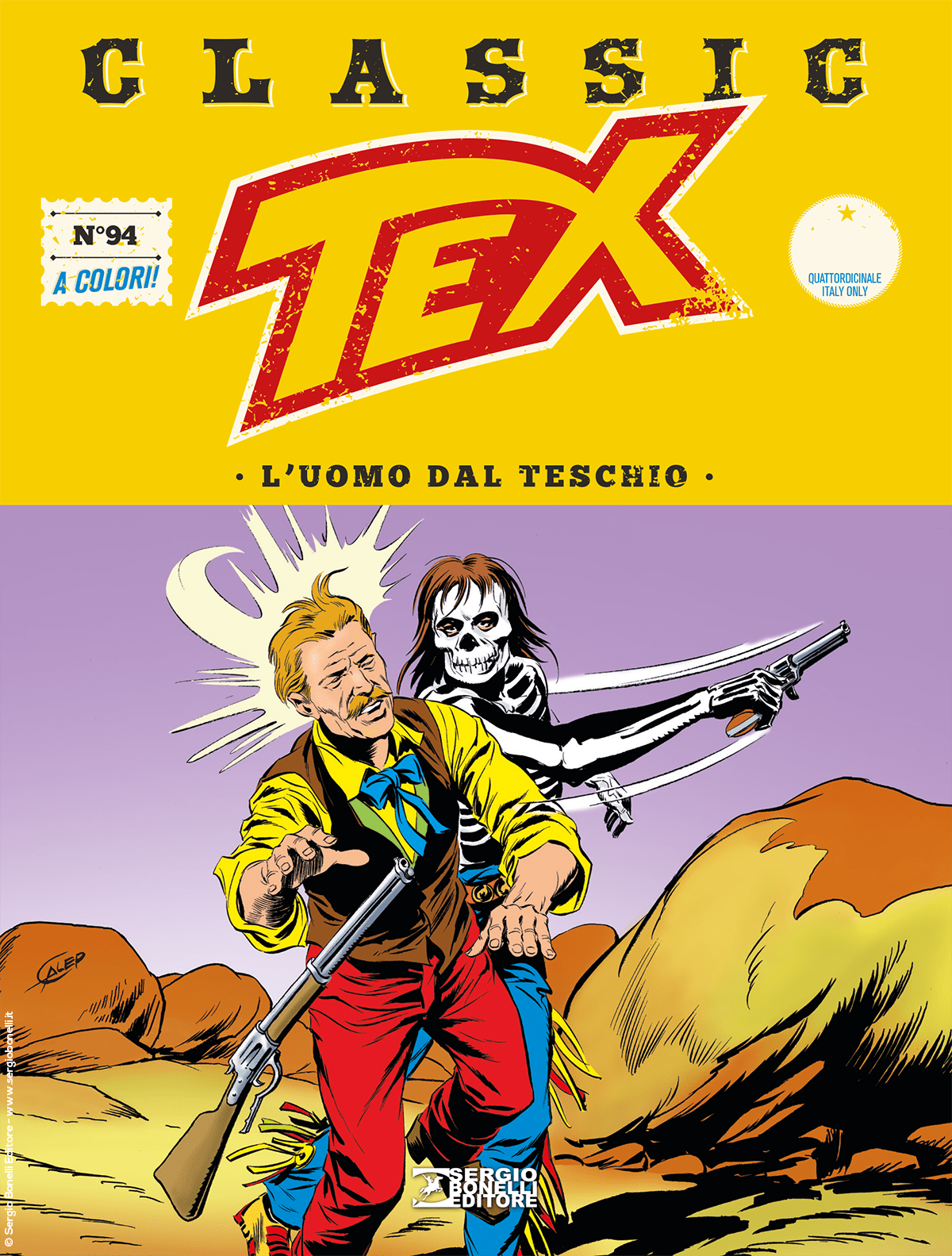 In Diamondiville, a town on Nevada’s southern border, Tex is waging war against the ruthless Mr. Randolph, owner of the “Big Casino” saloon. To wipe out a dangerous competitor, the greedy businessman didn’t think twice about instigating the local citizens against Tom Bayon, a Black man who owns the only other restaurant in town. After rescuing Bayon and his young White business associate, Lucy, from a lynching, the Ranger hides them in Dr. Weston’s surgery, in Baxton. There, a gang of Cheyenne warriors, led by the cunning Red Band, finds them and kidnaps Lucy, by order of Randolph… In the next episode, a gold strike in Navajo land risks to create a war between White men and Natives. To prevent it, without exposing himself directly, Eagle of the Night will wear the bony costume of the terrifying Man of Death. His face hidden by a skull mask, he leads his warriors against the gold diggers, chasing the greedy, ruthless adventurers away several times…