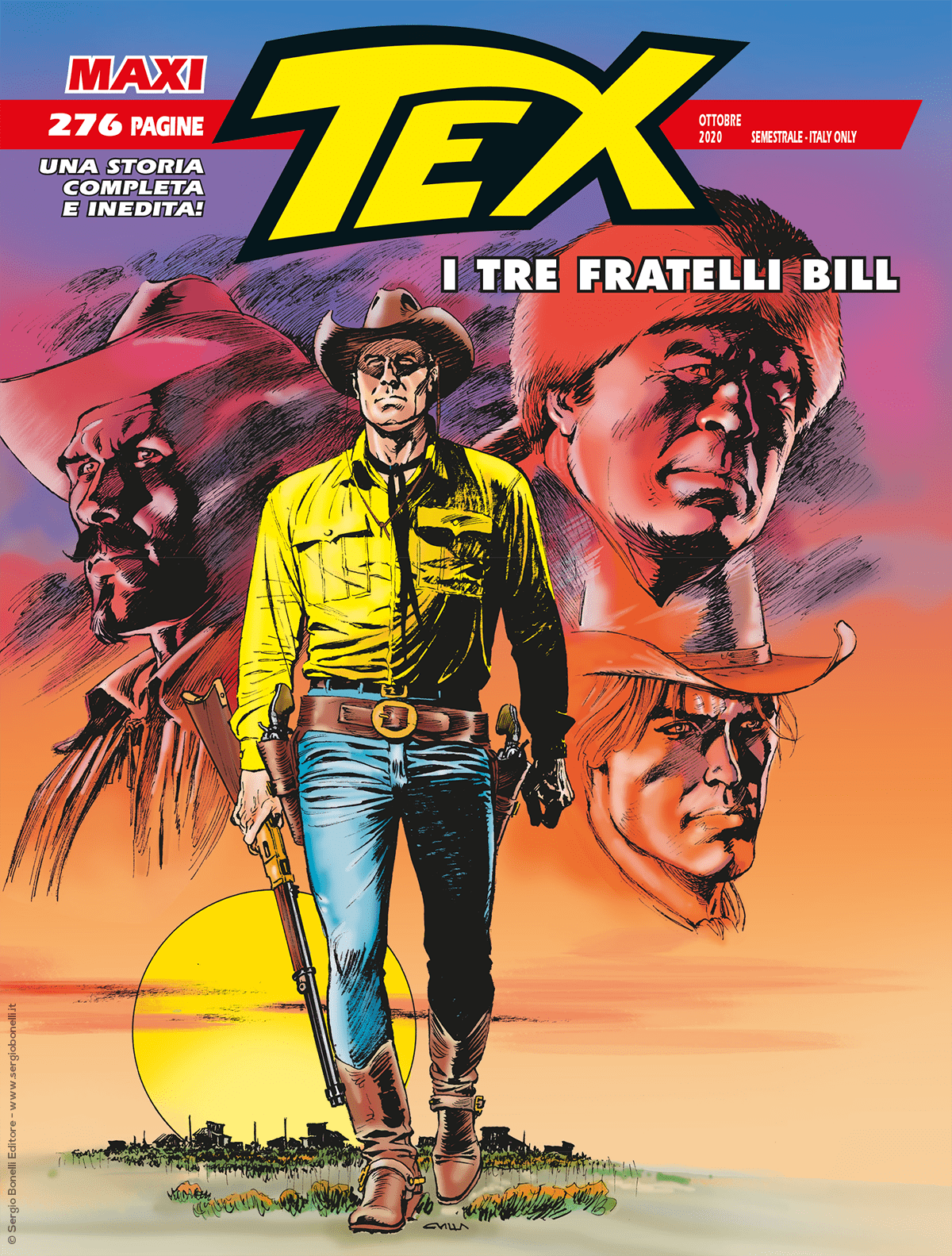 Introduction: They were three brothers that all the West feared…

A genial muscleman, a handsome rascal, a gloomy gunman… Sam, Kid, and Black are the three Bill Brothers, the legendary characters by GL Bonelli. Here, for the first time, they’ll cross paths with Tex and Carson, in a carefree and at the same time dramatic adventure: why did the Chiricahuas go on the warpath? Was Chief Cochise deposed, or maybe killed? Tex and Carson will need to find out and solve the mystery of the three Bills… Did they turn into renegades who traffick guns with the marauders?