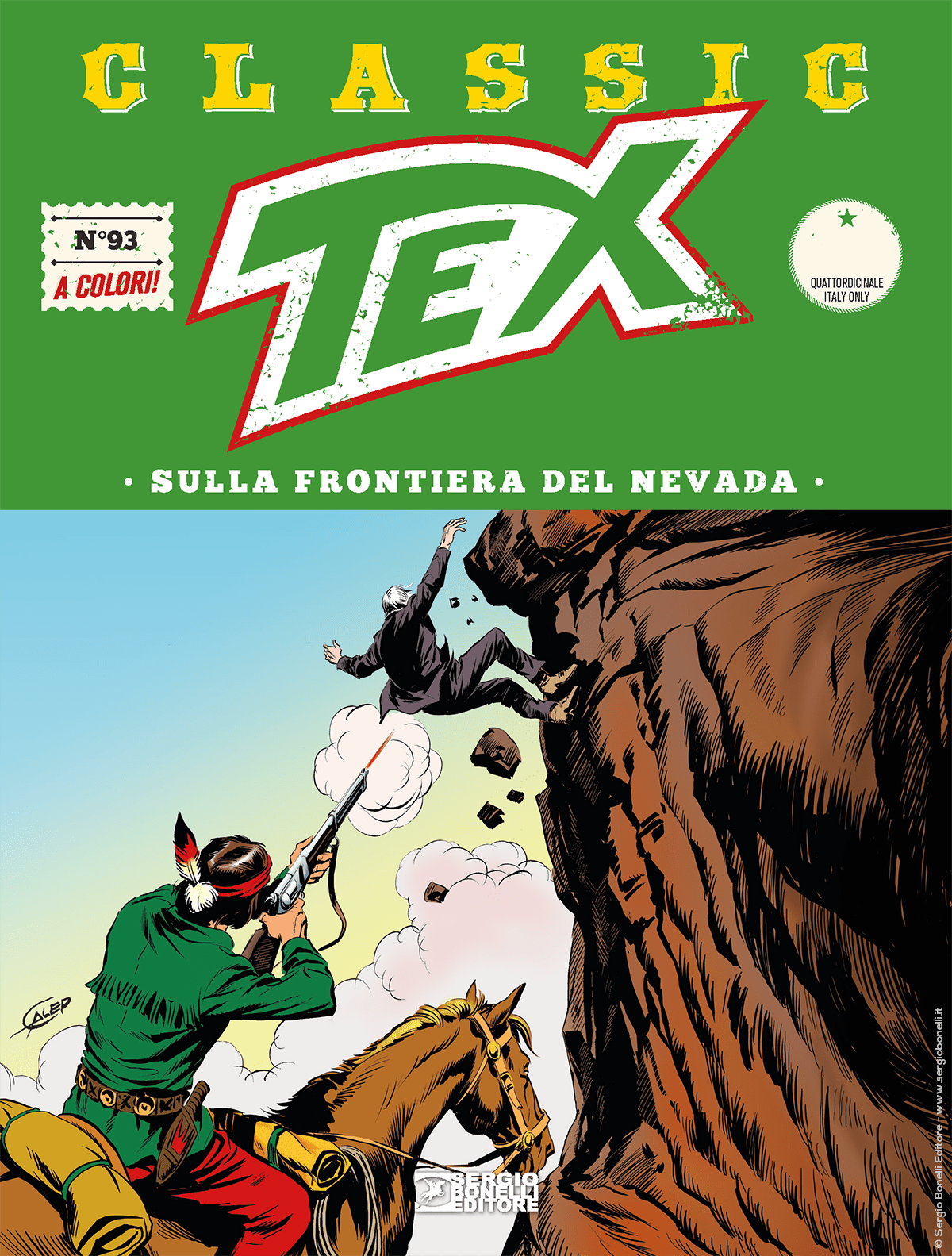 Introduction: “Let’s go!... and I wish to heaven that I can found them alive”

Tex arrives just in time to rescue his son Kit and his pardner Carson, kidnapped and turned into outlaws by Mefisto, and then left to die of thirst in the desert. A hail of bullets by Tiger Jack will square accounts with the sinister sorcerer, blinding him and making him fall from a cliff… In the next episode, Tex rescues an innocent, a Black restaurant owner, from being lynched by an enraged mob. Investigating, our Ranger finds out that the greedy Mr. Randolph instigated the crowd. The man, owner of the “Big Casino” saloon, tried to eliminate a dangerous competitor and with his young and beautiful White business associate, Miss Lucy. Determined to restore justice, Eagle of the Night confronts Randolph openly. After a first, scalding defeat, the businessman swears to revenge himself and unleashes a band of lethal Cheyenne warriors, led by the crafty Red Band, against Tex…