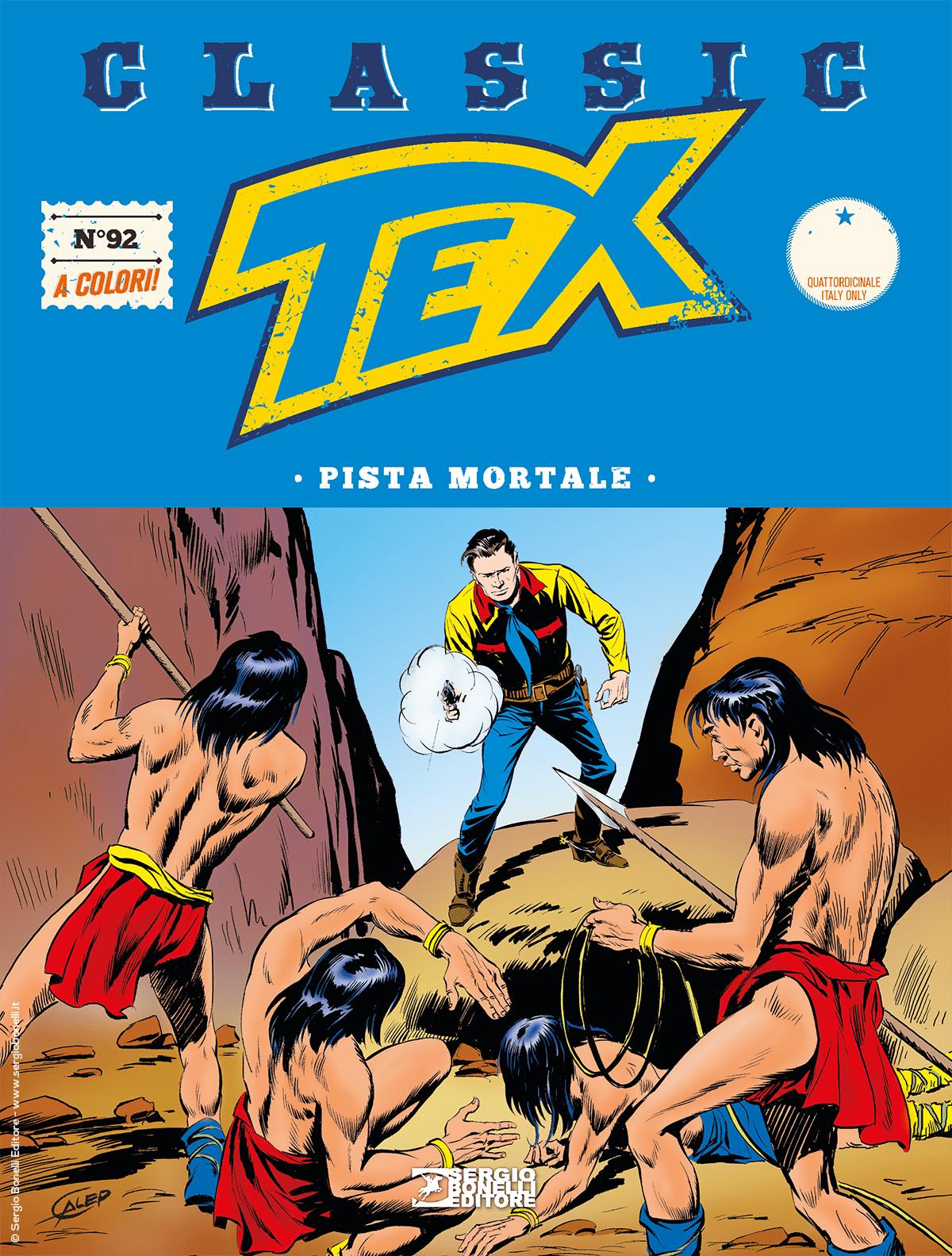 Hunting for his arch-enemy, Mefisto, who kidnapped his son Kit and his pardner Carson, Tex find his lair, an obscure fortress carved in the Rainbow Mountain rocks. With the help of his Navajo warriors led by Tiger Jack, the Ranger conquers it. Even if our heroes defeat the army of Hualpai Indians at the sorcerer’s service, the diabolical wizard manages to escape with his precious hostages, hypnotized by the darkest of his magical arts. Determined to persist, Tex continues his hunting for months, not knowing that Mefisto uses his control of Kit and Carson for a series of robberies. After that, the sorcerer deceives the two Rangers and leaves them in the middle of the desert without water, dooming them to a slow agony…