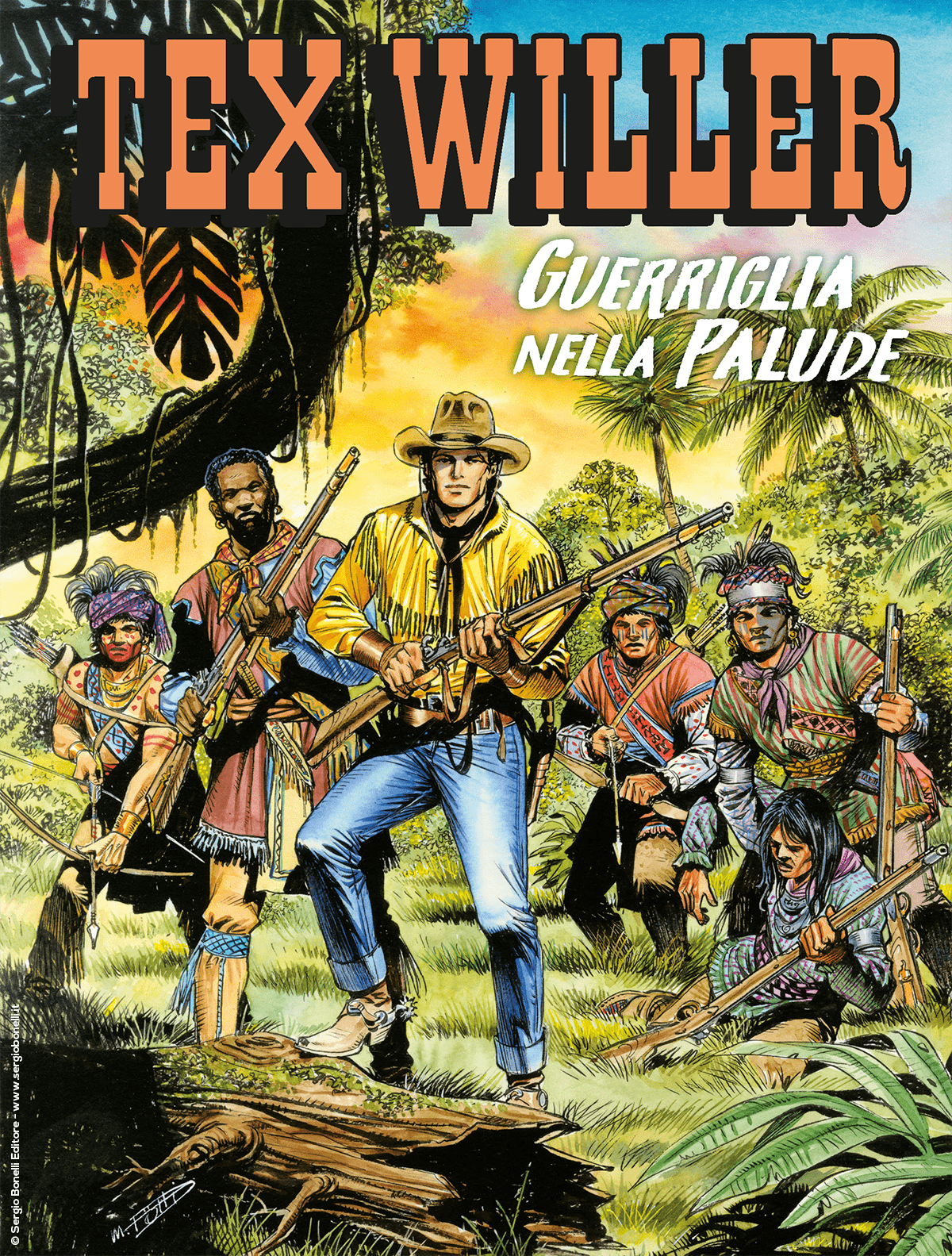 Introduction: When the Seminole take him captive, Tex’s life depends on the elders’ council…

At war with the Americans for generations, the Seminole accepted many Blacks among their ranks, but never a White person. They’d rather see White people die. Even if they were to accept one, that White should embrace the tribe and renege his people. And he’d need to show his loyalty to Chief Holata Micco in a straightforward way: going on the warpath with his new brothers, against his former comrades. It’s a hard choice for Tex Willer… but also the choice between life and death!