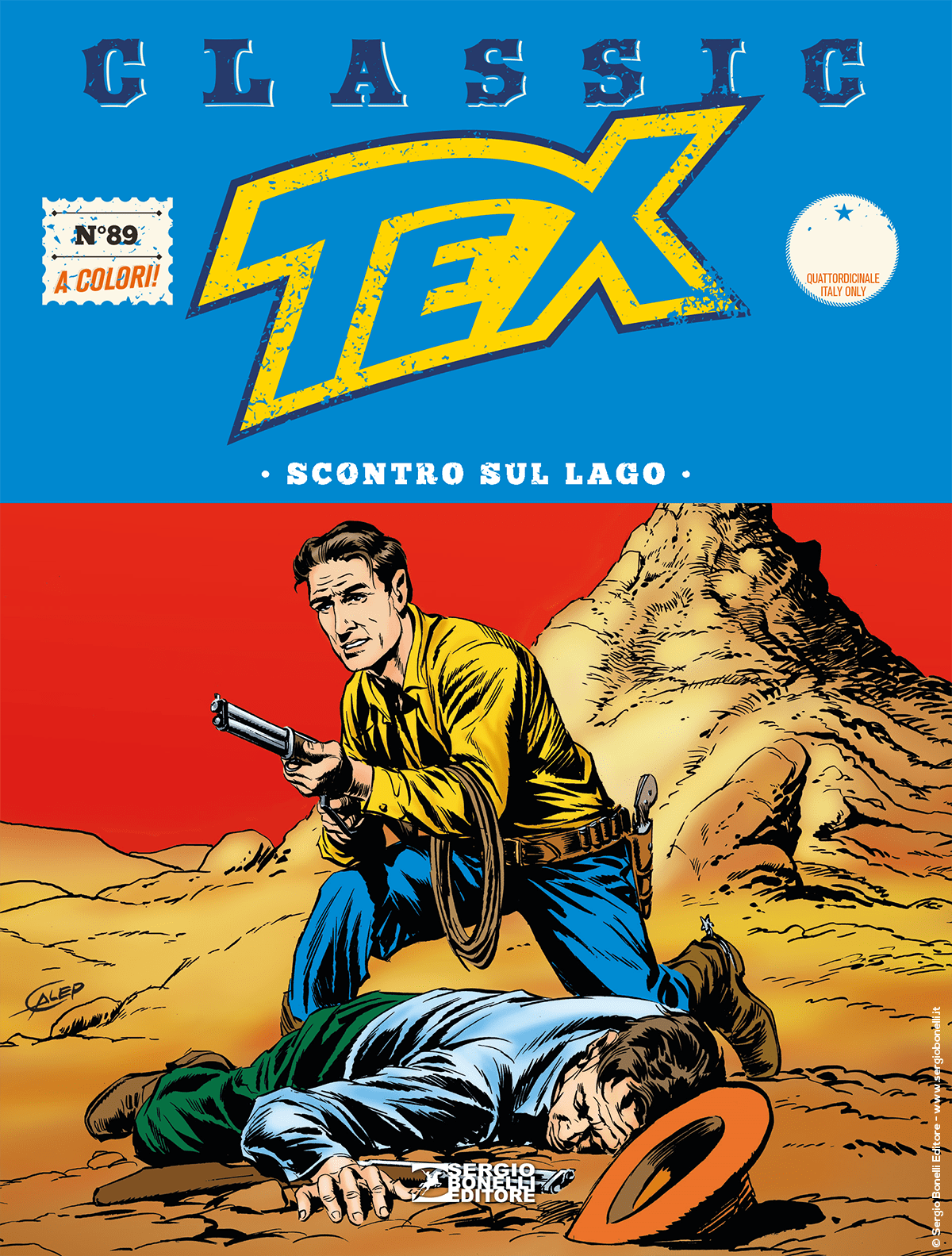 Introduction: “Make him stand up! This cocky young man needs his head cleared!”

On the tracks of Miss Dorsey, kidnapped by her accomplice, Mr. Milton, who was afraid that the woman could betray him, confessing to Tex the man’s crimes, the Ranger and his trusted partners find the woman. She’s kept prisoner in a remote shack in the Mississippi swamps. Here, after a challenging gunfight with the men who are still loyal to Milton, Tex and co. manage to set her free and chase the wicked criminal away. But Milton won’t go far away, falling prey to lethal quicksands… In the next episode, a tribe of mysterious Indians kidnaps Kit Willer. Tex, Carson, and Tiger Jack go immediately to the rescue. But the hunt for the kidnappers soon becomes a deadly trap, where our heroes are the target of ongoing attacks, that strain their forces…