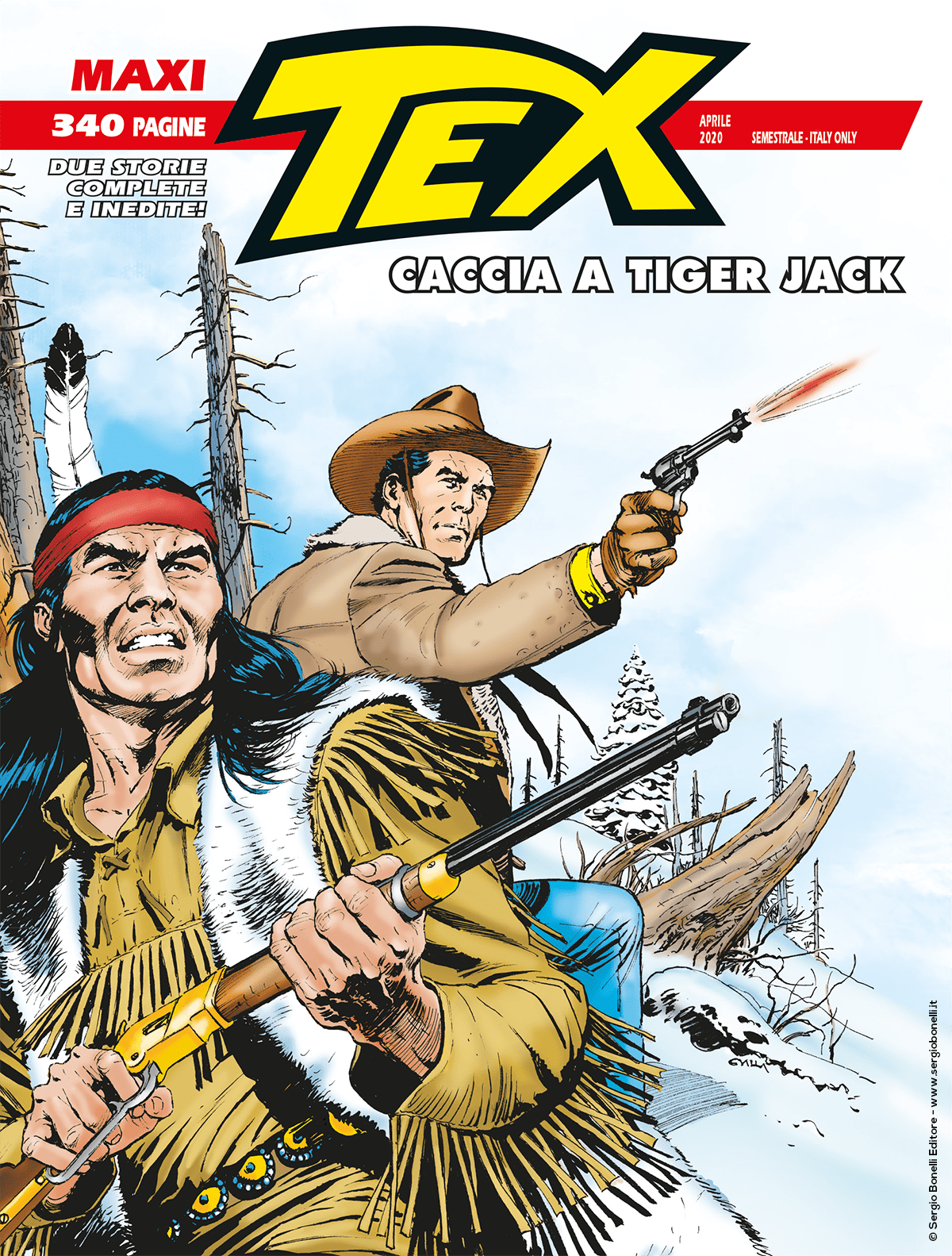 Introduction: From the Wyoming mountains to sunny Southwest… Two challenges for Tex and his pardners!

A band of ruthless traffickers of human beings kidnaps a few young Native women on the Wyoming mountains… Tiger Jack goes to the Black Foot village to accompany an old friend of his and is ready to try and rescue the enslaved women. But his enemies circle him, while the winter snow catches him in its grasp…

Tex & Carson are on the tracks of a gang of blood-thirsty robbers who are trying to escape to Mexico, from Southern Arizona… Their bloody trail crosses with Alithia’s, a mysterious fortune teller from Eastern Europe…