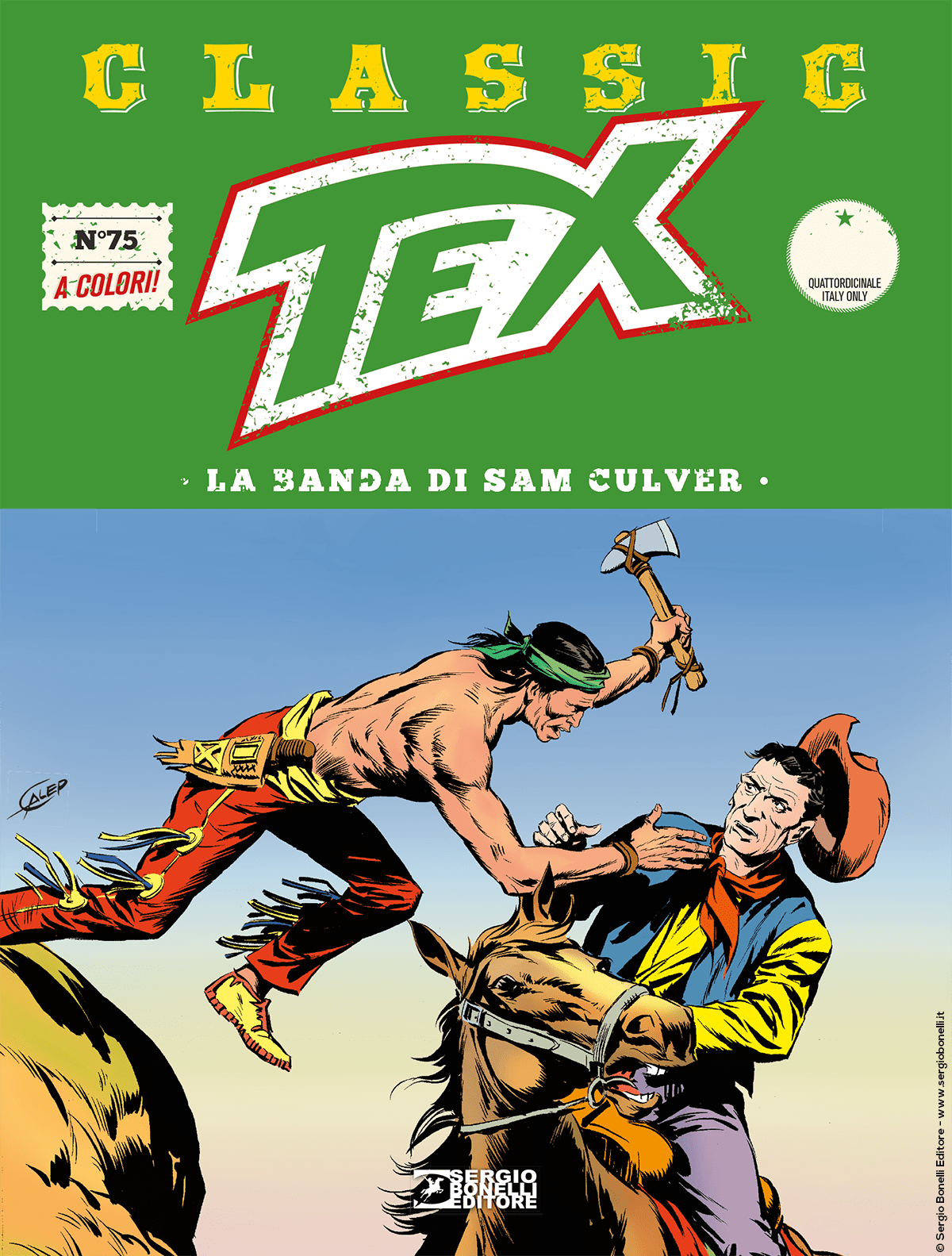 Introduction: "Hold tight, Kit! It will be carnage!"

After a long chase and a deadly confrontation inside a hellish canyon, Tex and his pardners manage to catch Jim Burrows, a dangerous train robber who had recently hit a security convoy for 25 grand with his brother Ruben. After handing him off to the sheriff, our heroes follow the tracks of Jim’s brother, who escaped the law and joined forces with Sam Culver, the bandit. Their forays won’t last long. After defeating the criminal ring, Tex and co. go with the sheriff and his men to Cederville. Their arrival in town alarms a mysterious four-fingered man. Seeing the threat that Tex represents for his shady business, he sets them up for a cowardly attack. Carson is wounded in it…