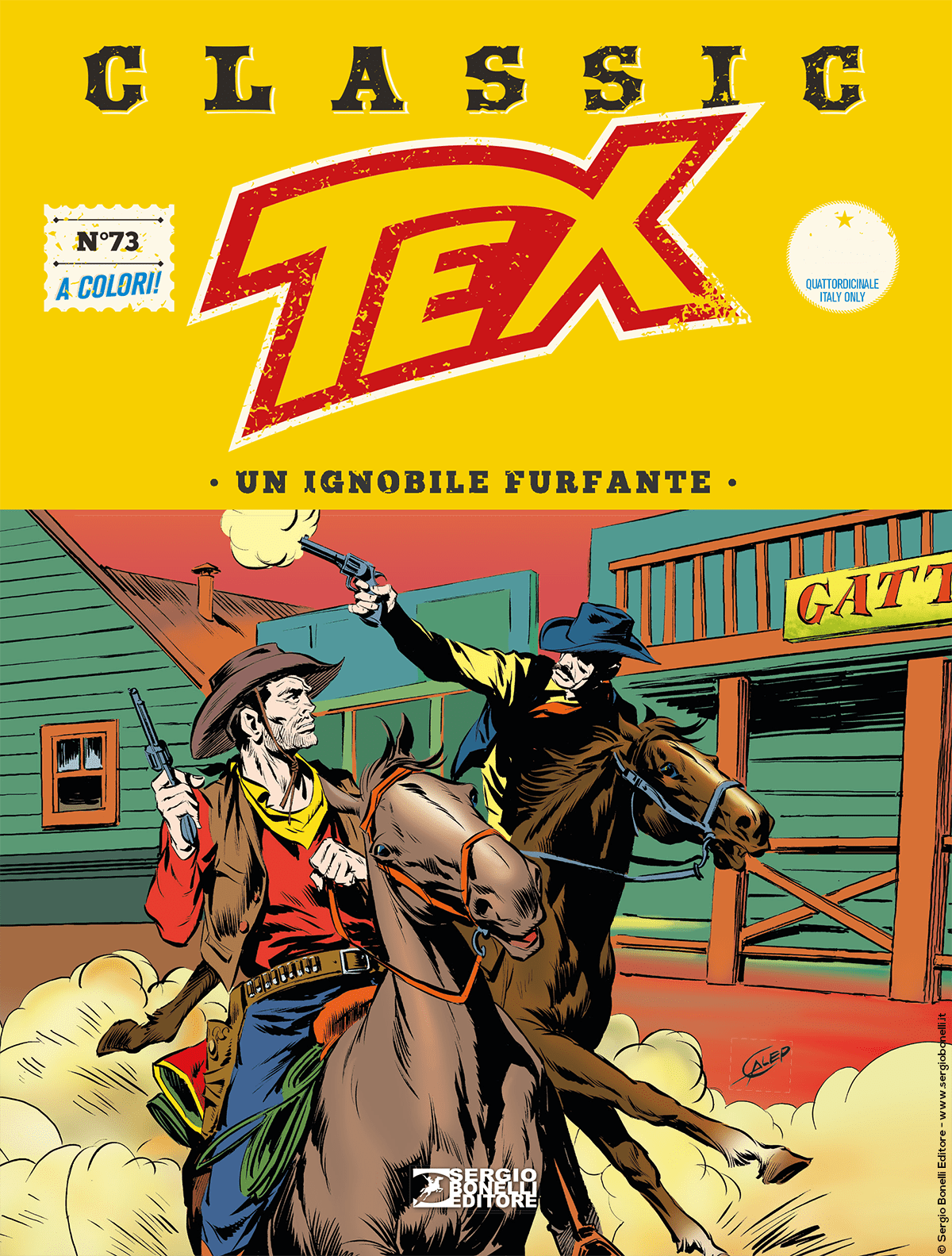 Introduction: “Believe me, Sheriff! I’m experienced enough to know a criminal when I see one!”

Tex Willer and his pardners investigate a war between poor farmers and ruthless gunmen who work for a shady businessman called  Gideon. When things seem to go the Rangers’ way, the arrival of a young woman, Miss Desmond, the daughter of one of the farmers whose land has been taken away surreptitiously by Gideon, changes everything. The actual purpose of the criminals is to seize a gold mine lying under one of the farming lands. When the woman is kidnapped, Tex goes to the rescue and, after a lengthy investigation, finds the lair where the bandits are keeping her. Our hero arrives right on time to set the girl free, but it is too late for the criminal gang. The gunmen killed each other in a dirty fight. The sole survivor is Gideon, a despicable character who seems to be more poisonous than a thousand rattlesnakes…