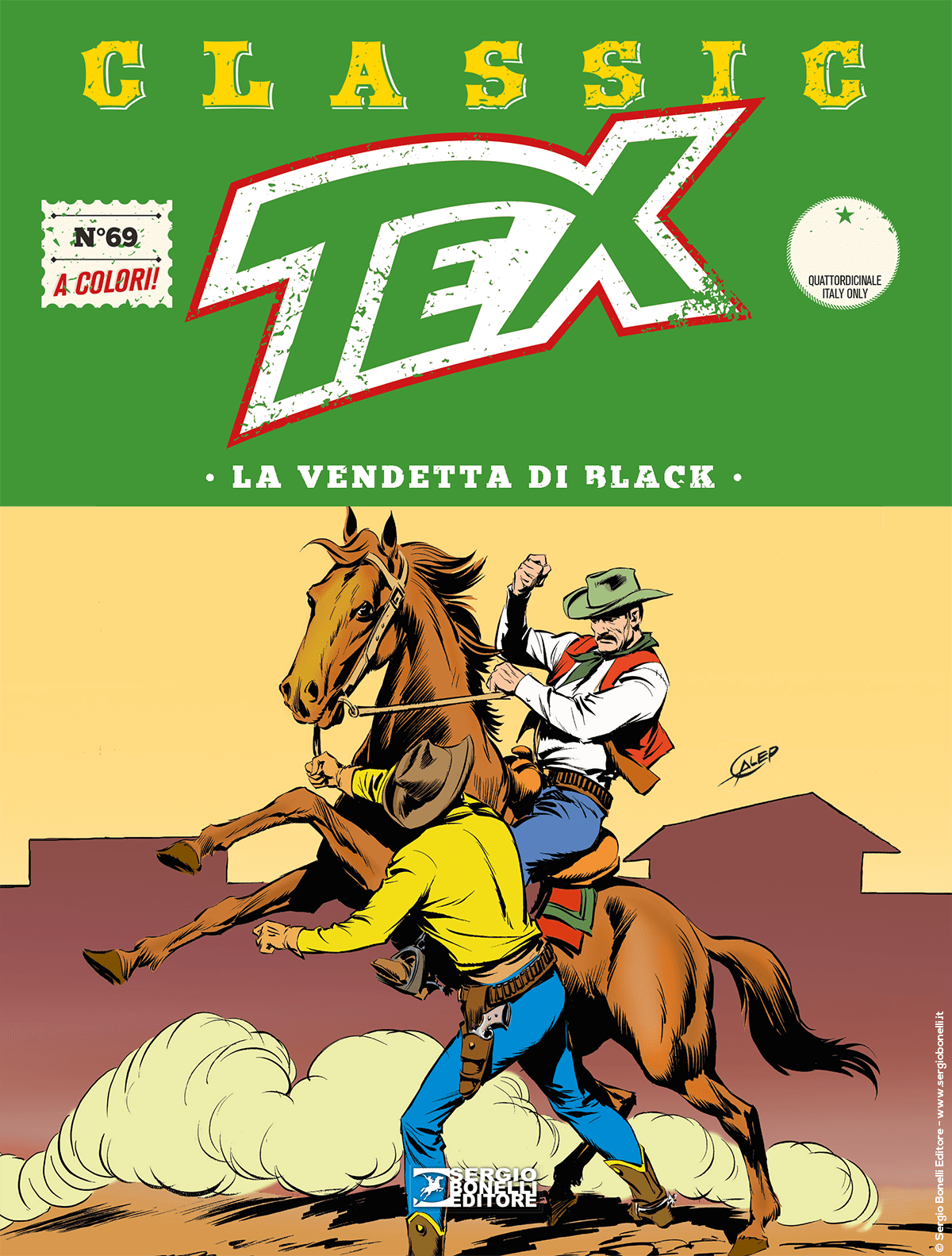 Introduction: “It’s not the first time that I fight lunatics, incited by some troublemaker to break the law, and I know how to handle any hothead.”

The pardners stopped a gang of bandits from robbing 50,000 $ in gold from the Las Vegas Bank. After kidnapping Carson and substituting him with a ringer, the criminals wounded Tex slightly. The friends are forced to leave Eagle of the Night back to rest and recover, while they complete their mission. When he’s healed, our Ranger is witness to the arrest of a Bill Dutton, owner of the Double B Ranch, accused of killing Pete Poker, a professional gambler. The witnesses notwithstanding, Tex immediately smells a rat and begins an investigation. He’ll come under the target of a band of hitmen, that will try to have him meet his maker…