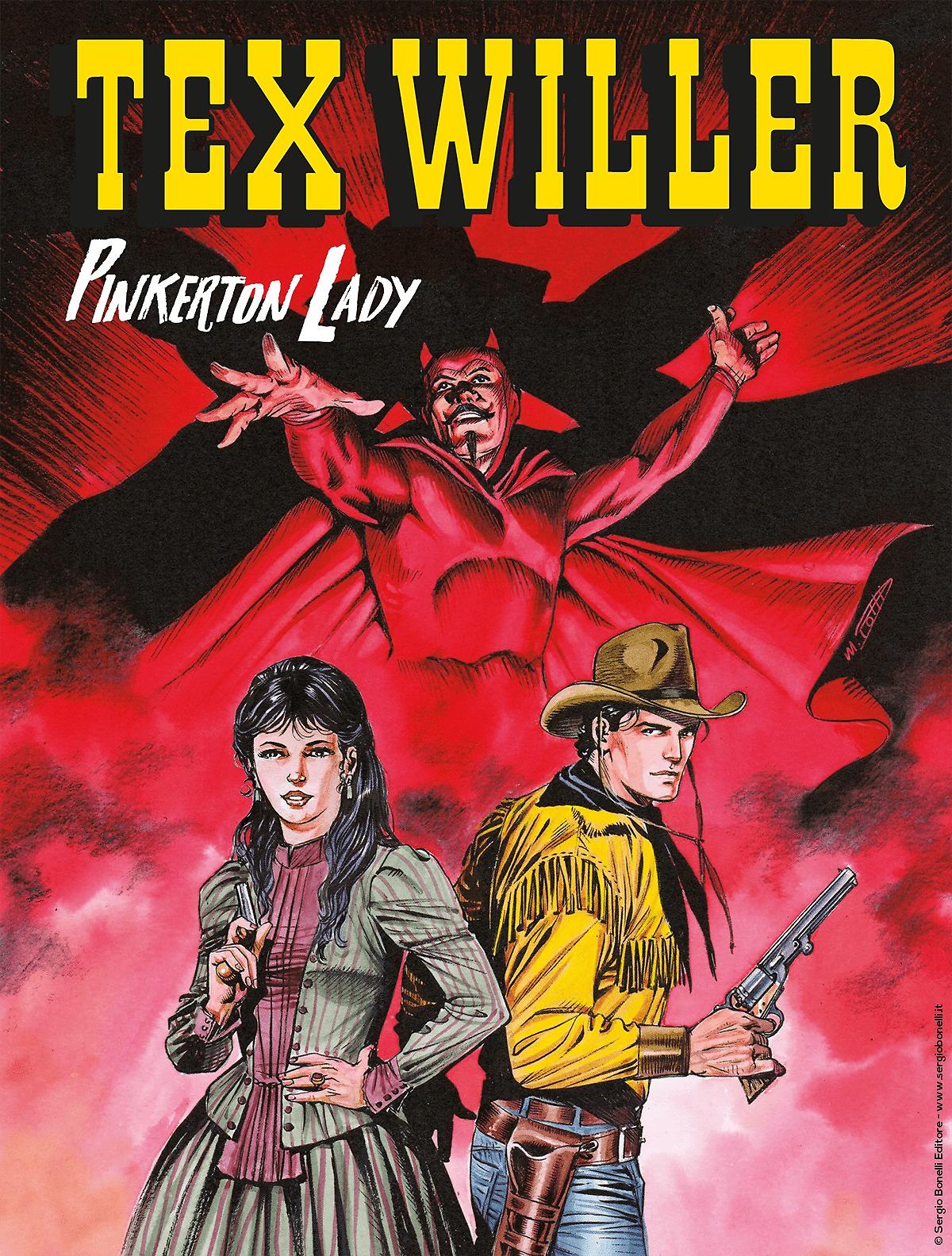 Introduction: A female detective and a dangerous illusionist come into the life of our hero!

Steve Dickart, aka Mefisto, and his sister Lily travel the Wild West with their magic show. Instead, they are a pair of accomplished thieves and fraudsters, ready to sell their services to the highest bidder. A competent woman, Kate Warne, chief assistant of Allan Pinkerton, is trying to track them down. Her boss charged her with the surveillance of the Republican Senate candidate for the State of Illinois, a clumsy lawyer called Abraham Lincoln. Unfortunately, Kate’s mission has a false start, with a dangerous plunge into the choppy waters of the Missouri River. A young outlaw comes to her rescue... and Tex falls into the whirlwind of an exciting political intrigue!