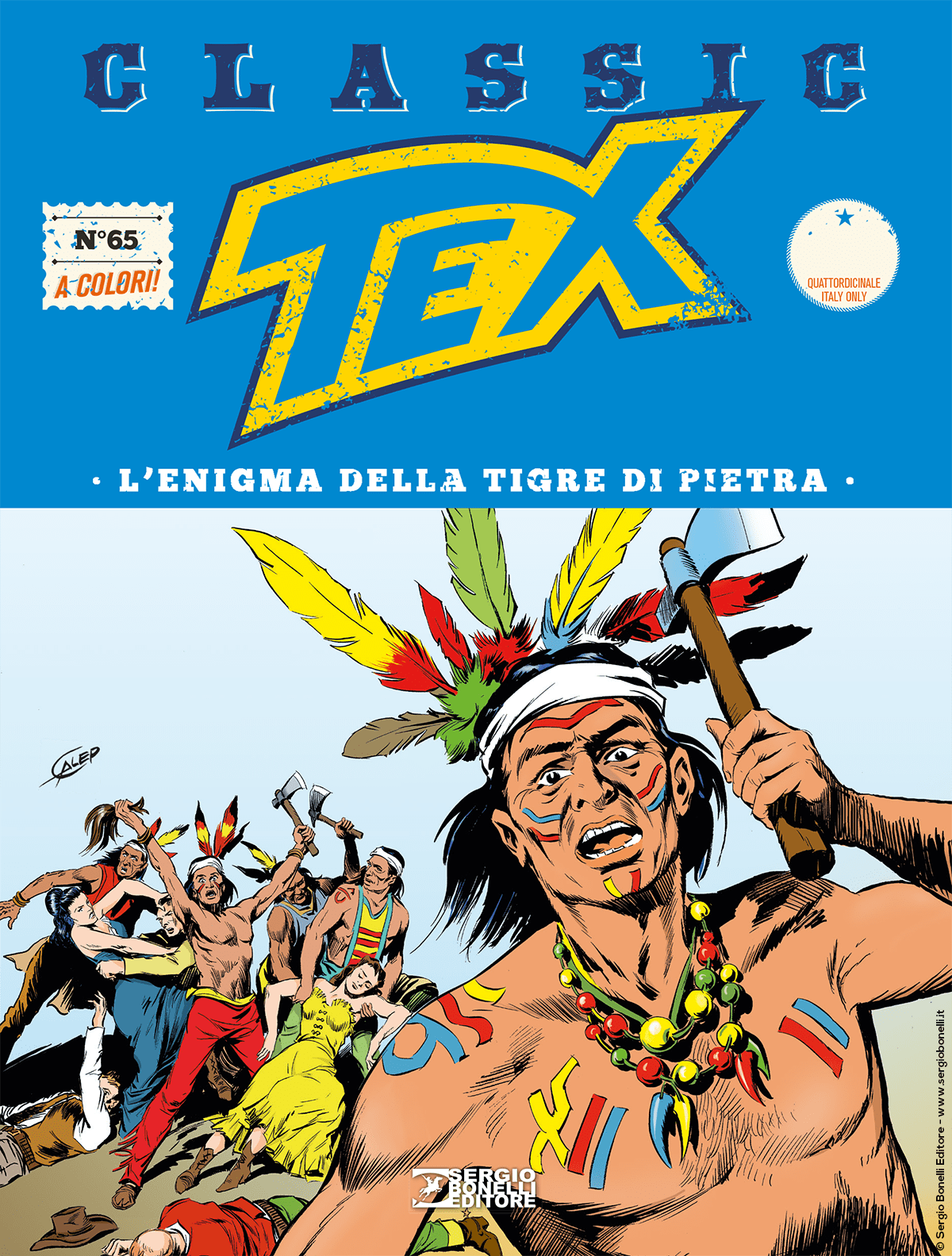 Introduction: “Kit, you stay at the rear with Carson. Tiger and I will go at the head. And... keep your eyes open!”

The vengeful Tahzay, son of Talikay, the old shaman of the White Buffalo bloody cult that Eagle of the Night defeated in the past is hunting Tex, Tiger, and three gold prospectors. They take refuge among some old ruins with a stone building that looks like a tiger at the center. The belligerent Native warriors besiege our heroes, and they are determined to give no quarter until they’ll have the pardners’ scalps. While the battle rages outside, a creeping danger roams the interior of the temple, killing the besieged one after another and making them vanish into thin air…