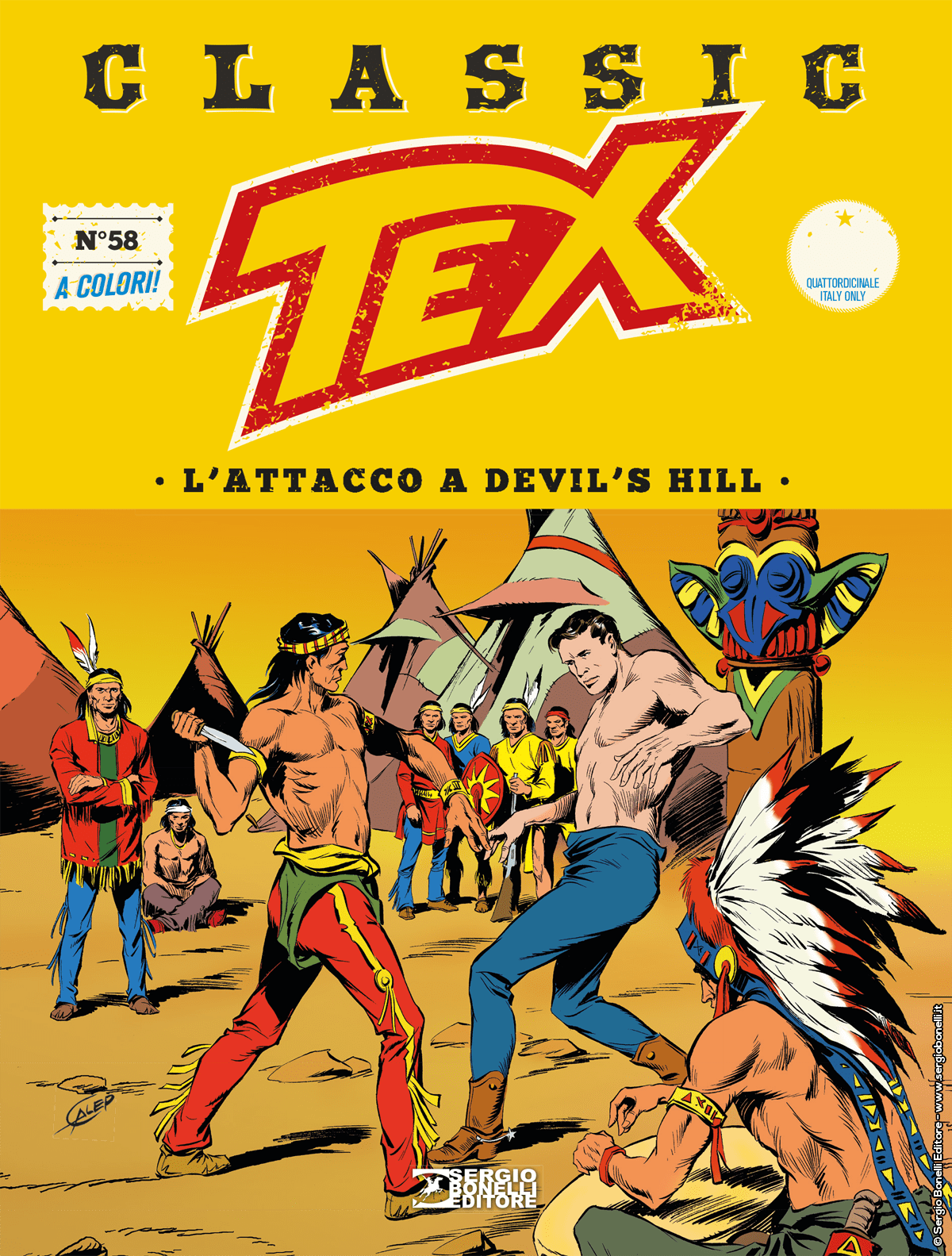 Introduction: “Those Piutes had repeating rifles! And, what’s worse... those were army rifles!”

While they’re camping near the Colorado River, Tex Willer, his son, Kit, and Carson are the witnesses of a cattle robbery by a band of Piute warriors. After they chase the Piutes away, the Ranger finds rifles lost by the thieves and immediately sees that they are army weapons. To shed light on the event, the three pardners talk with Mr. Elmer, the old owner of the ranch attacked by the Natives. Strangely, the Piutes spared the neighboring cattle farm of his competitor, Frank Milligan. Smelling a rat, Tex and co. get on the tracks of the stolen guns, and end up in a hornets’ nest, where bullets galore zip by…