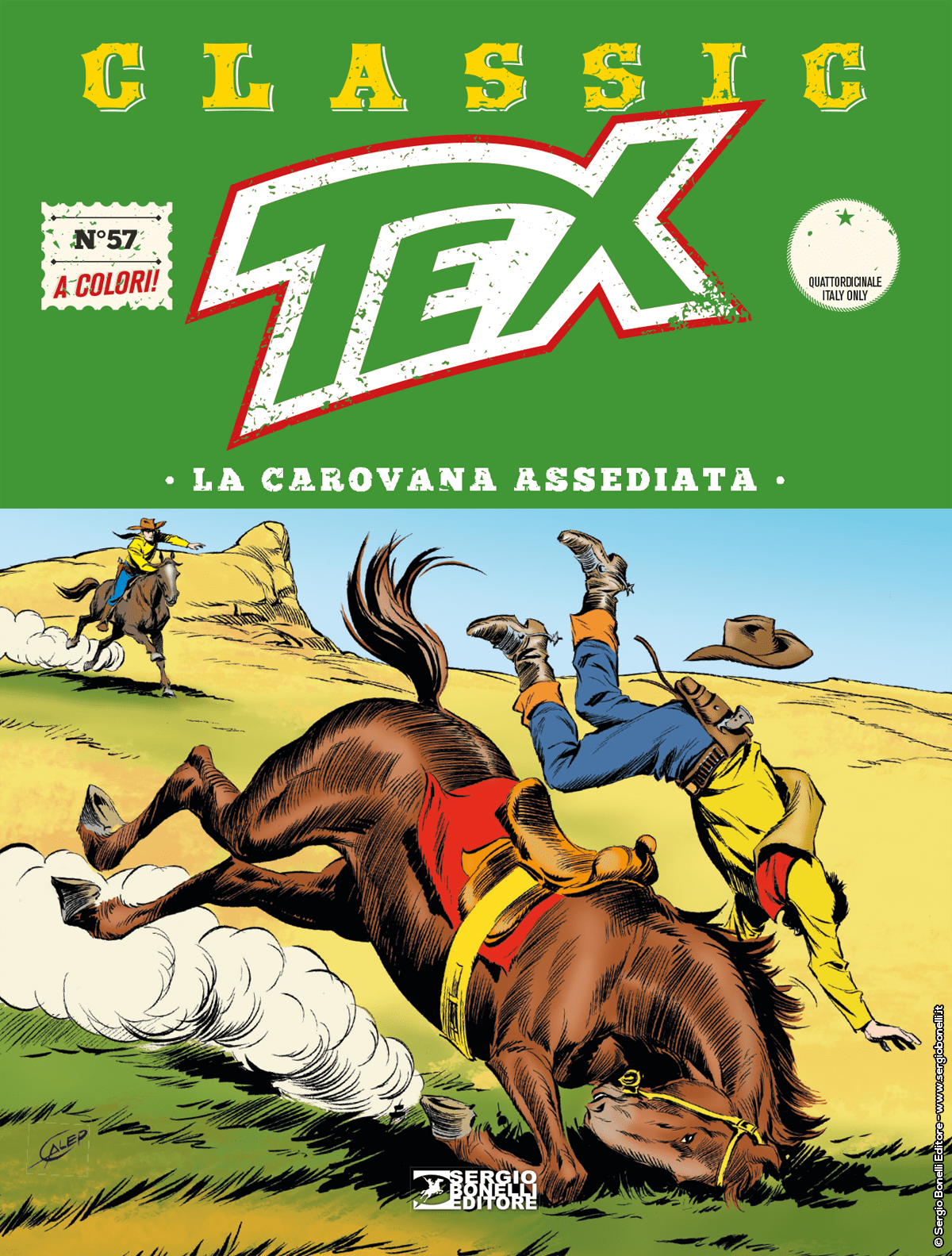 Introduction: “That Dene Fish is a hard nut! But this time he found someone who can crack him!”

On the tracks of two unfortunate women that were kidnapped by Dene Fish, the heinous leader of a band of renegade Mormons called “The Angels of Vengeance”, Tex, Kit & Carson must fight their enemies several times. A decisive role is played by the boldness of Young Hawk, a worthy son for Eagle of the Night. With an as daring as an impulsive act, Kit catches a few bandits and disguising as one of them, defeats the others by blowing them up. Sending Dene Fish to shove coal in Old Nick’s mines won’t be as easy, though, and our Ranger will have to play his cards right in a game against death…