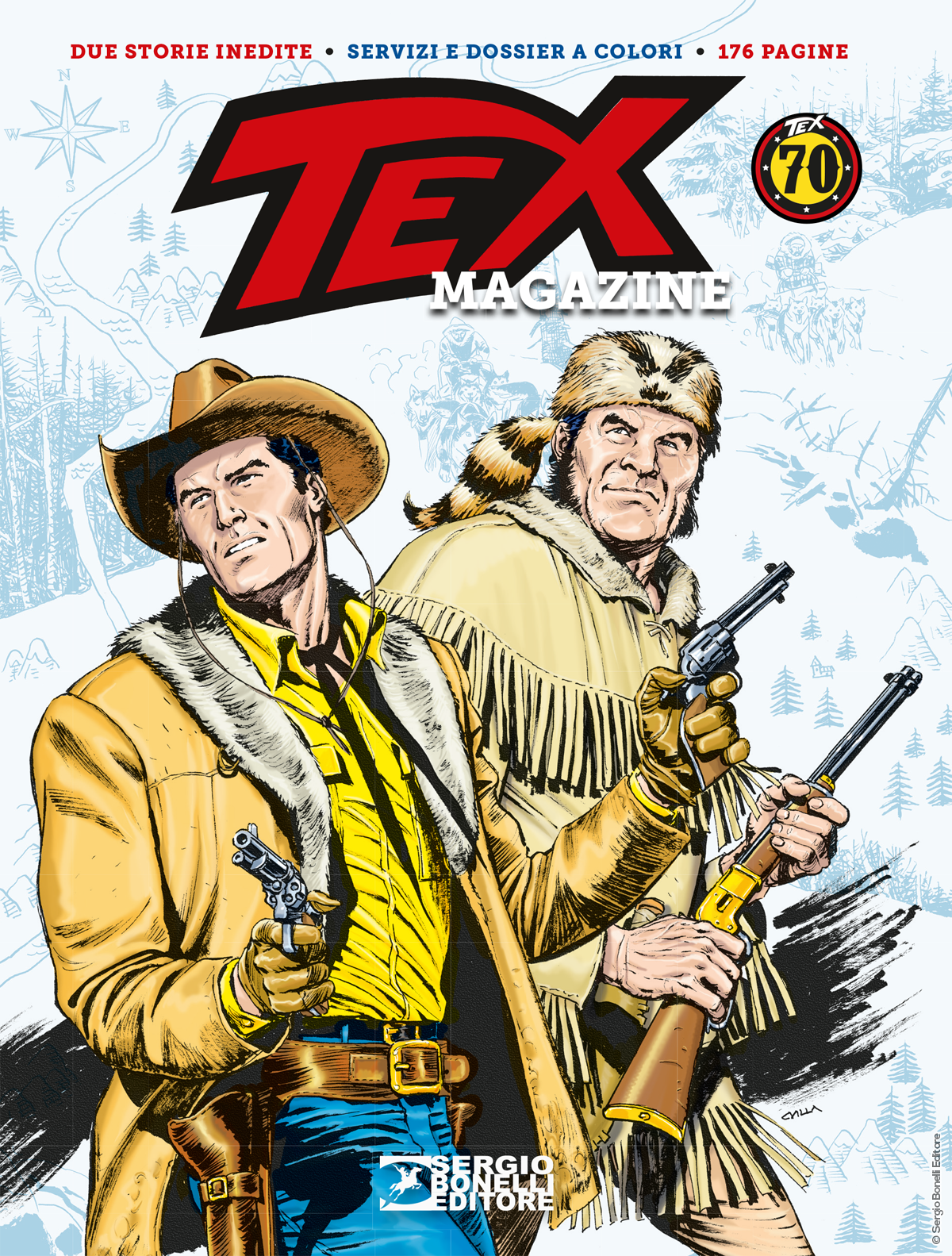 Introduction: Two complete unpublished stories, and many dossiers about the myriad ways of telling the Wild West saga!

In our Tex Magazine 2019 you’ll find 176 pages of full-color articles and dossiers, as well as two complete and unpublished Tex stories:

Horrendous human sacrifices are happening in Redfield, Nebraska... To gain the favor of Celtic deities of old and have a good harvest, citizens and farmers turned into a mass of possessed people in service of the powerful Kasdan and a mysterious witch… While he’s chasing a fugitive bandit, Tex Willer is forced to stop in Redfield, the lunatics’ town...

Homer Deveraux, a corrupt businessman who breeds sleddogs, created the “Yukon Race”, a competition from Dawson Creek to Whitehorse… Gros-Jean, the Canadian métis, and his god-daughter Dawn are among the contestants… But the lily-white snow of the track is full of unexpected, lethal hazards for them!