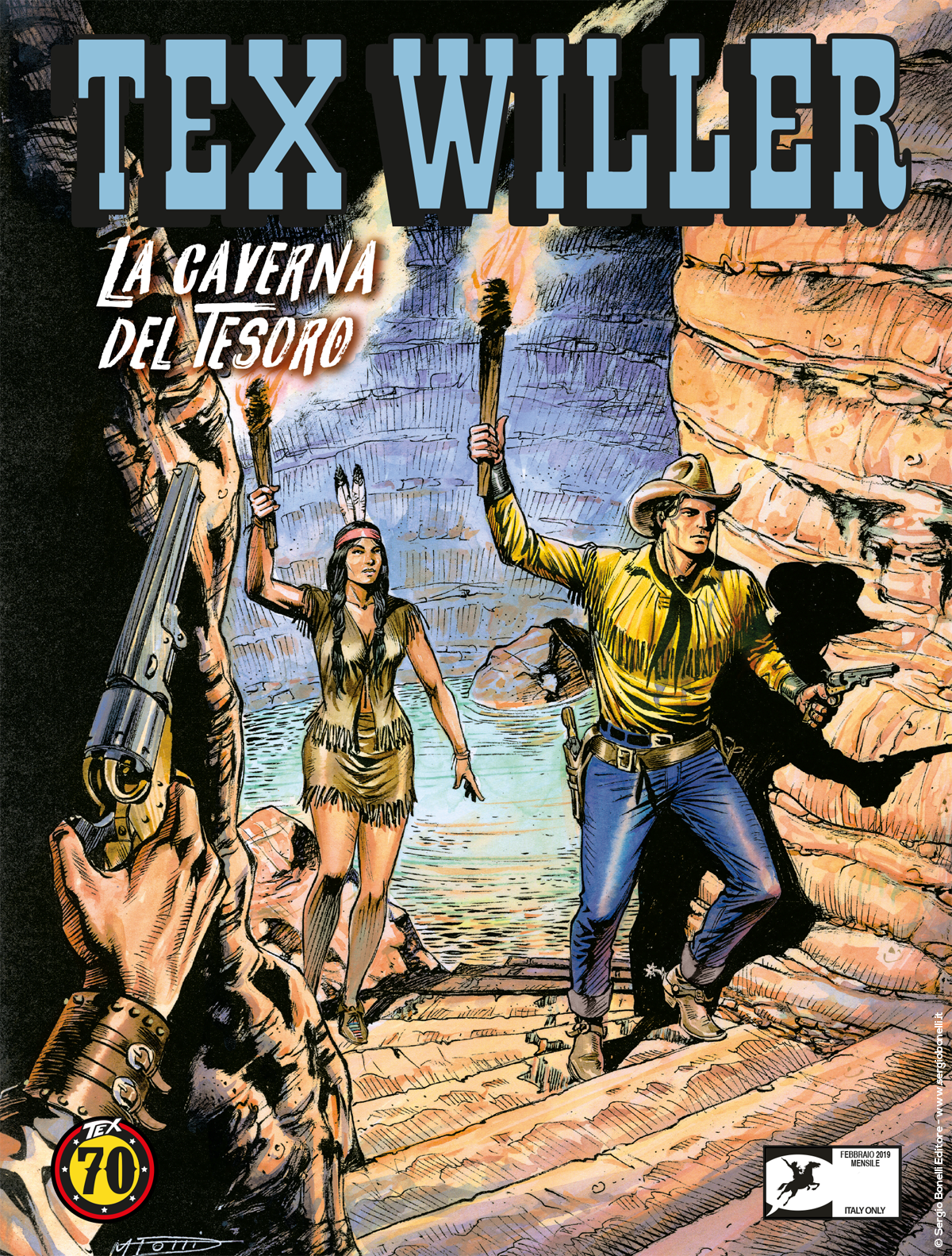 Introduction: The Man from the Grave vs. the Coffin Gang…

“This cave will be your grave, Tex Willer!”. After he solved the enigma of the medallion and went into the underground passage of the Talking Rock, the ruthless Coffin triumphantly utters these words before the Pawnee’s sacred treasure. Tex is defeated and will be buried alive with the beautiful Tesah. But Coffin, now a rich and powerful ranch owner in Culver City, will receive threatening notes signed “The Man from the Grave”. For him, it’s just the beginning of a nightmare that tastes like hot lead…