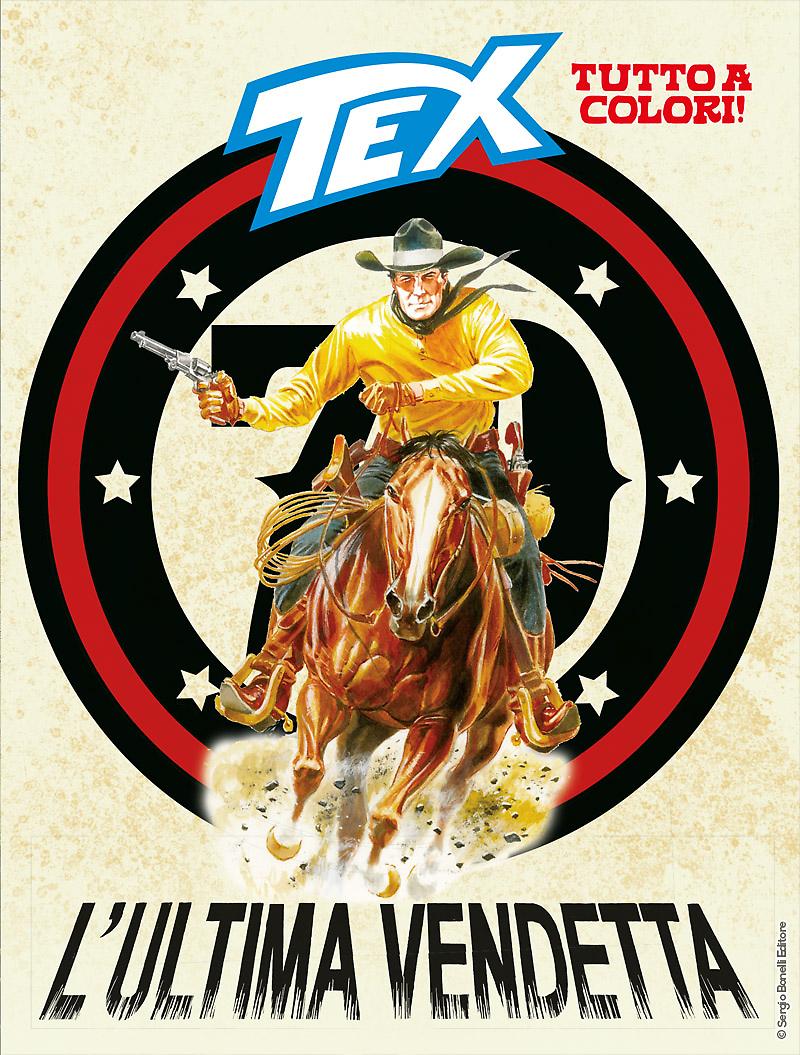 Introduction: An old rival from the times of rodeo… A forgotten enemy…

Kit rescues a Pima boy who was attacked inside the Navajo reservation… And Tex evokes the times when, as a competitor in the Laredo rodeo, he was trying to snatch the palm of victory from the most popular cowboy, Moss Keegan… Their rivalry became an open confrontation. Wanted by law because of the wicked Sheriff Mallory, Tex crosses paths with Keegan once again. Is he friend or foe? And will Tex be able to take his last revenge on Mallory, who was a partner in crime of the men who killed his brother Sam? A full-color album, with art by the maestro, Ticci, to celebrate Tex’s 70th anniversary!

This issue comes with the "Tex e gli Eroi Bonelli" sticker album and the first batch of stickers of the collection.