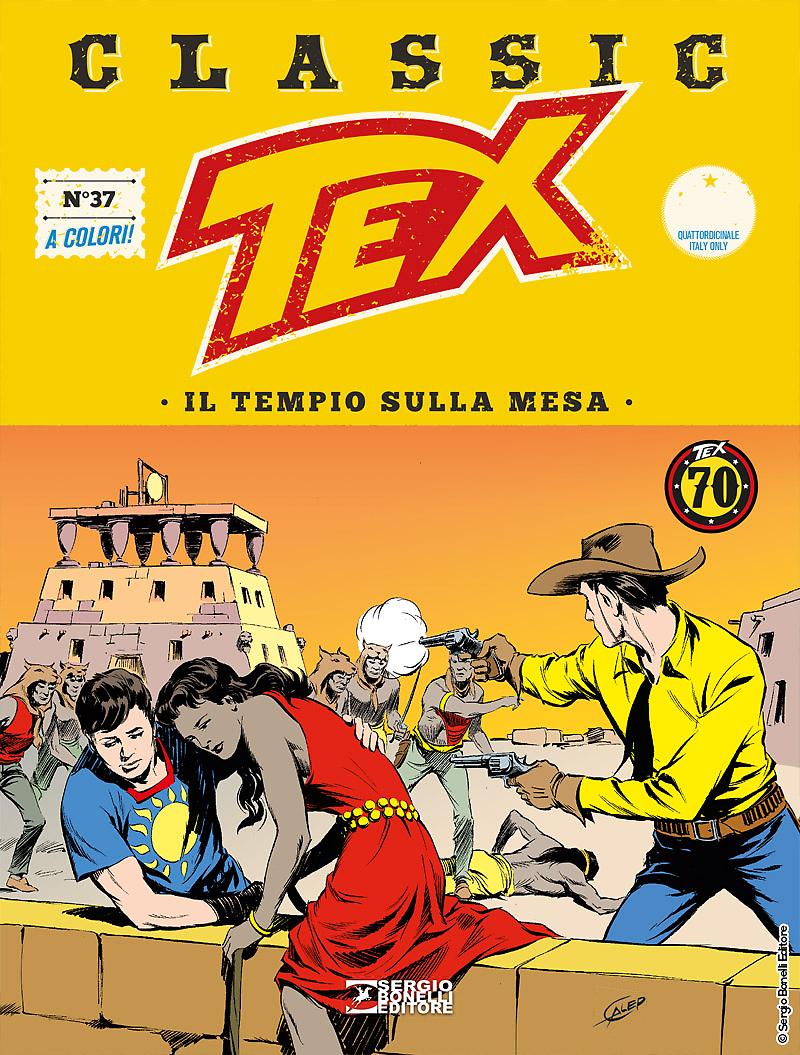 Introduction: “You are just a cunning old devil that managed to outsmart a bunch of naive savages!”

From a cleft in the rock Tex enters the “Vulture Peak”, looking for his son Kit. Little Hawk has been captured by the people who live on the Mesa Encantada and risks to become the next victim that the Keeper of the Flame will sacrifice to the Sun Child! The Ranger can count on a young warrior, Tanor, who, like some of his friends, has had enough of an isolated life inside the caldera of the volcano: with his help and the Pima’s, Tex will unleash a fiery rebellion...