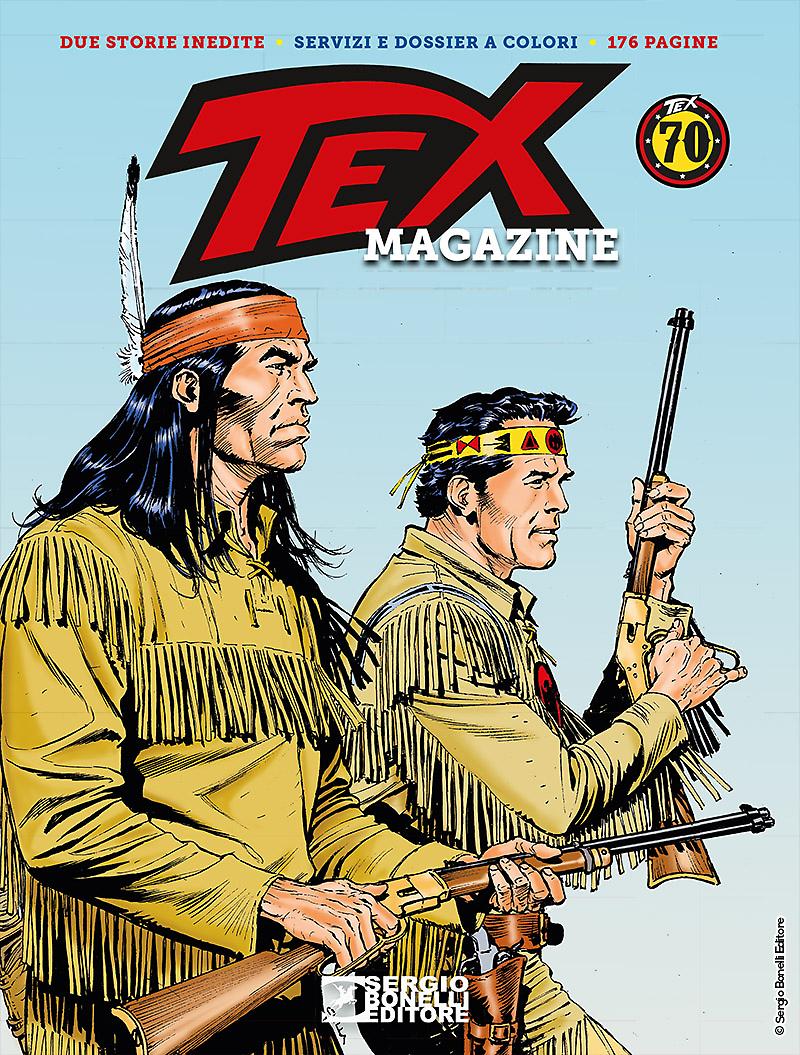 Introduction: Two complete unpublished stories and many features about the myriad ways of narrating the Wild West!

In our third Tex Willer Magazine, 176 pages of files and dossiers in full color, with two complete and unpublished before Tex stories:

The Apaches and a wealthy landowner want Archibald Leyton’s head. Archie is a model inmate, and he was allowed to go back to his hometown for his mother’s funeral. But the prison guard who accompanies him is seriously injured in a gunfight that also involves Tex and Carson...

If in a remote trading-post at the borders of the Navajo reservation you see an Indian who's drinking at the bar, shut your mouth and keep your eyes down... you may have stumbled on Tiger Jack!