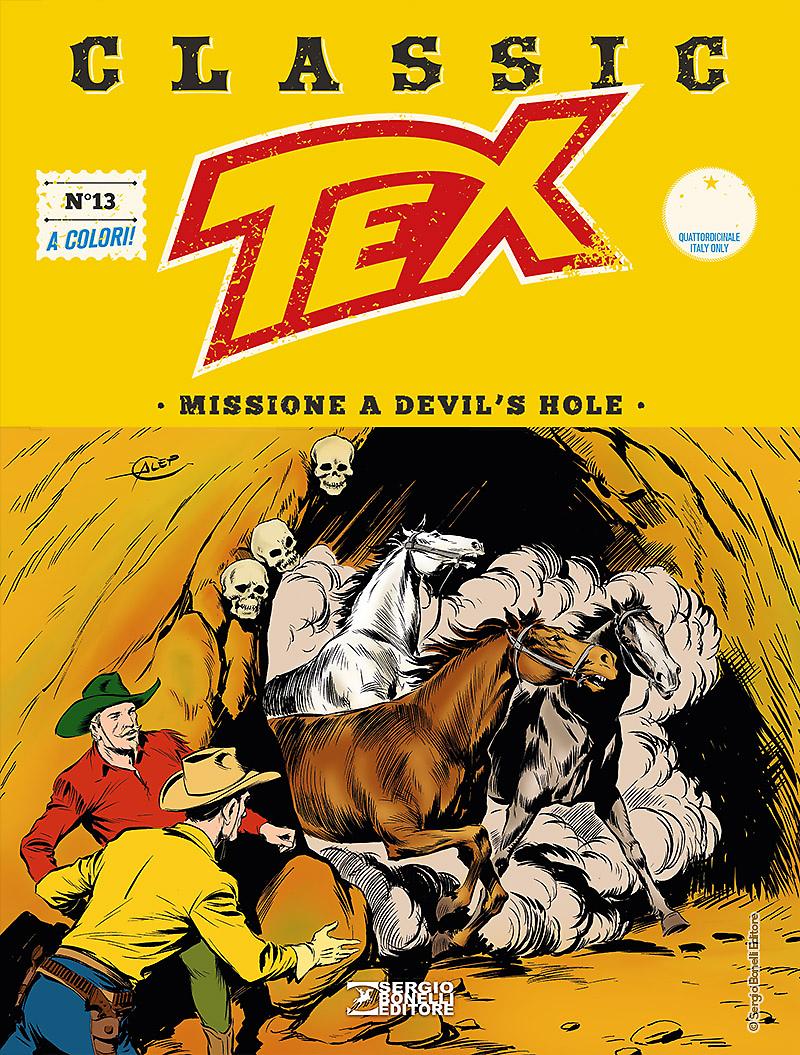 Introduction: "Stick 'em up! I'd rather not ruin your shirt with a couple of .38 holes!"

After their final clash with Satania, Tex & Carson are working together again. The Rangers HQ sends them to Devil’s Hole on a mission: since the killing of the last sheriff, the town streets are tinged with blood. Two brothers, Amos and Bill Benton, rule and plot about getting rich by taking control of Mr. Linyard's mine and the border lands of Ghost Valley. While Tex act in the open, gain an increasing number of enemies, Carson disguises himself with a thick beard and goes undercover among the Bentons' men...