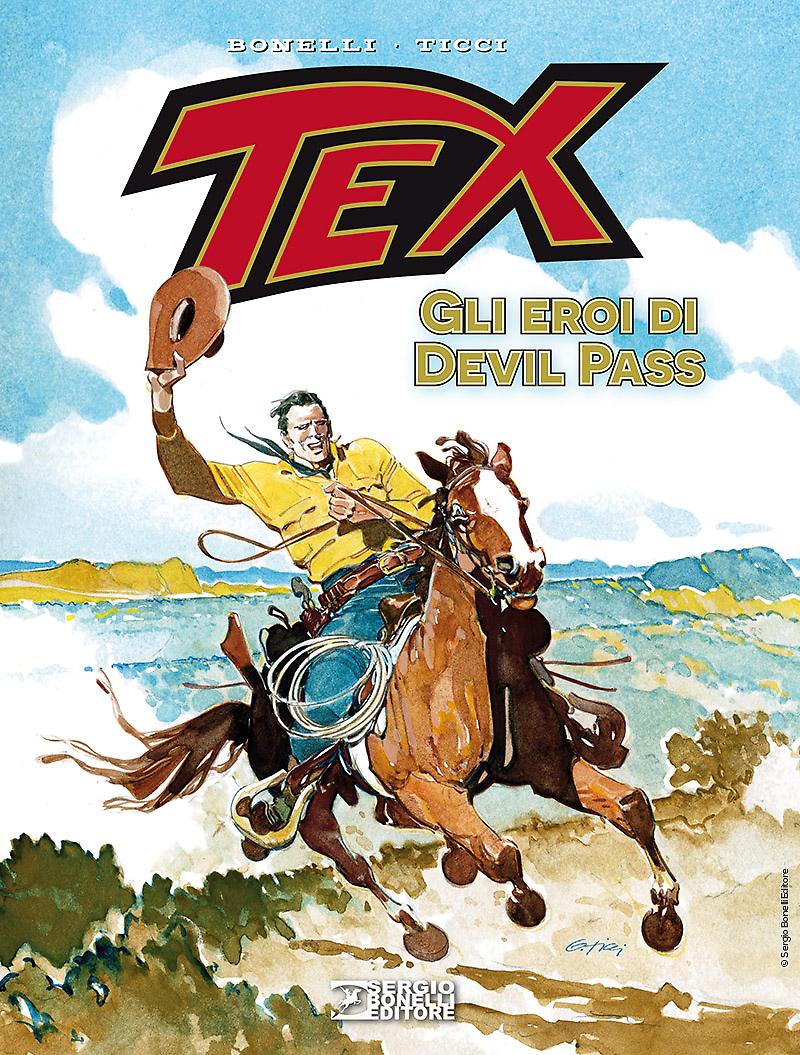 A great epic tale of the Frontier in a full-color edition to celebrate Giovanni Ticci's 50 years of "Texian" career.

Two arms and whiskey traffickers ally with Big Cisco to peddle their merchandise to the fierce Utes led by Yellow Dog... and Big Cisco will persuade the sakem to attack the Navajos and their leader, Eagle-of-the-Night! Following the massacres carried out by Yellow Dog’s Utes, allied with the fierce Hualpais, the Navajos, led by Kit Willer and Tiger Jack retreat. They stage a brave resistance on Devil Pass, killing a significant number of their enemies!

Meanwhile, Tex and Carson, start looking for the gang of venomous traffickers who provide arms and whiskey to the rebellious Indians and they manage to attack the barge that's bringing Yellow Dog guns and liquor. When they lose the weapons supply and their horses, the Indian rebels realize they've fallen into a trap...