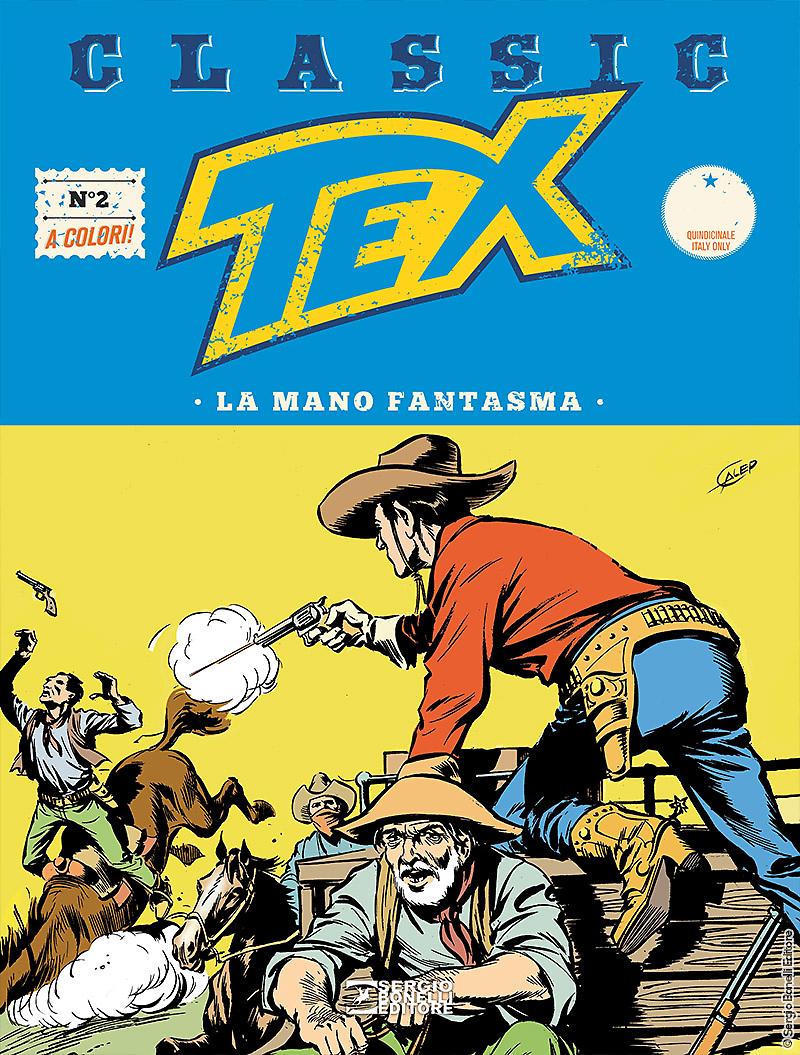 Introduction: “I'm Tex Willer, yes! With all those reward signs tacked to every tree in the area, even a newborn baby knows who I am!”

While he was dying, Joe Scott revealed the names of the robbers in the gang whose signature is “The Red Hand”. After Tex, determined to clear his name from a unwarranted murder accusation, mowed down several members of the gang, the only way out for the survivors, Topler and Welles, is to recruit other criminals: then the “New Red Hand” can go back to spread terror across Texas!