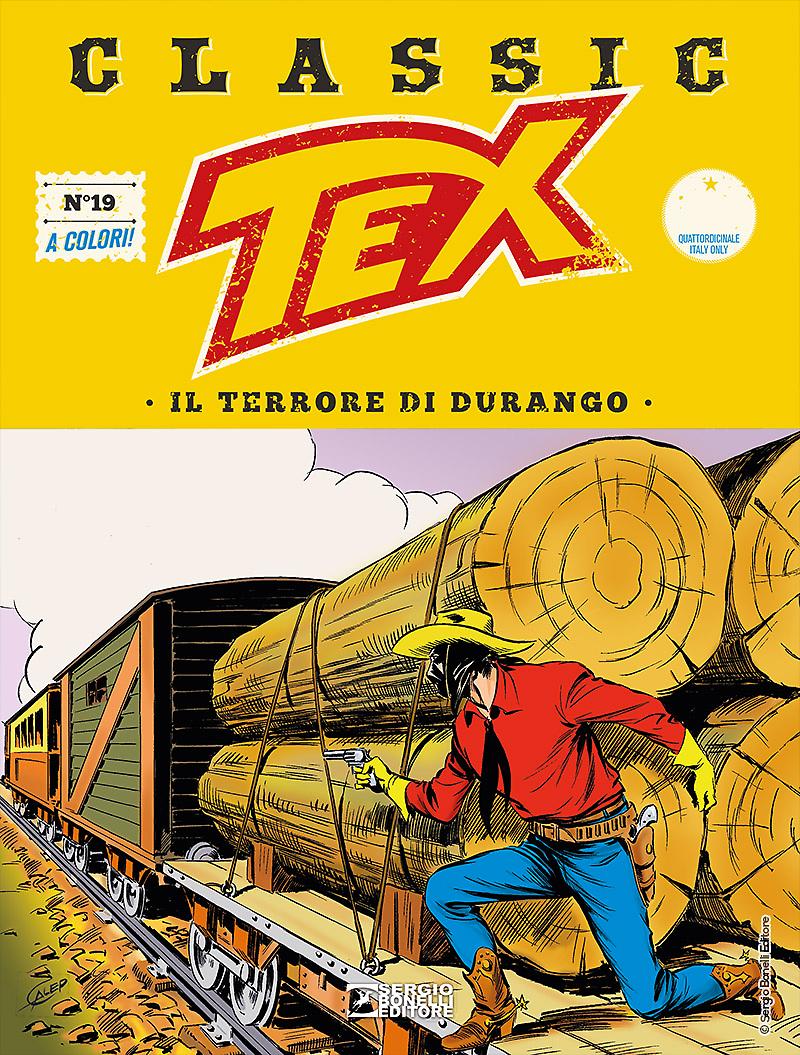 Introduction: "Tex Willer!... This time you'll go back to the Hell that spewed you!"

With his face concealed by a black mask, Tex begins a series of sabotage actions, putting a spoke in the wheels of two unscrupulous businessmen, Brennan and Teller. He’s trying to get them out in the open and reveal their shady arm trafficking ring. Meanwhile, in Durango, Bessie Milligan and the self-appointed Sheriff Stone are hatching a plan to get rid of the Ranger...