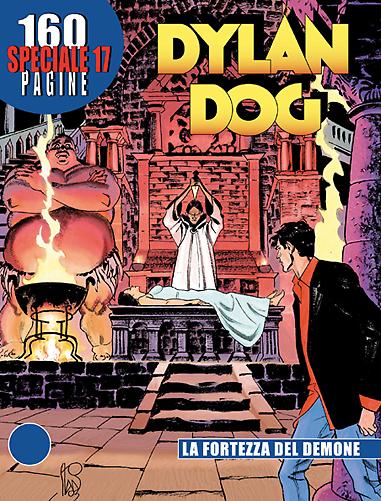 Introduction: An ancient castle. The delirium of artistic creation. A demoniacal invocation that should never have been uttered, even in cinematographic fiction…


“The Demon’s Fortress”, directed by Dirk Skroge - it’s a veritable legend of German Expressionist cinema. A grim one, though… So maybe it’s not entirely surprising that both the troupe and the actors seem to have gone missing after the shooting of the movie. Now, Blake Kline, a horror movie director and unconditional admirer of Skroge, wants to do a remake, to be shot on the same location as the original film. The foreboding castle in the Carpathians (for where else could it be?) that’s to be used as the set seems to be haunted by worrying presences. Very soon, the horrors of fiction and those of reality become intertwined in an inextricable mesh, and Dylan Dog and Groucho seem be entangled in this web, without even the slightest glimmer of a way out…