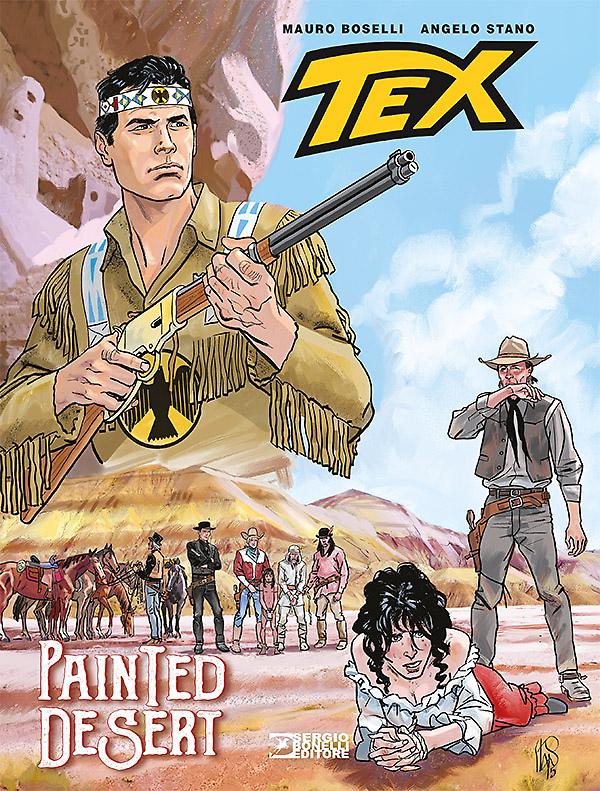 Sheriff Scott Nelson has been left for dead in the Panted Desert, near the corpses of his deputies. They have been killed by the outlaws of Earl Crane’s band, who also kidnapped the Sheriff’s wife, Debra. As luck would have it, Tex and Tiger are on the tracks of the bandits, too, and they’re riding towards the sinister pueblo called Sombra Verde, full of disquieting secrets...