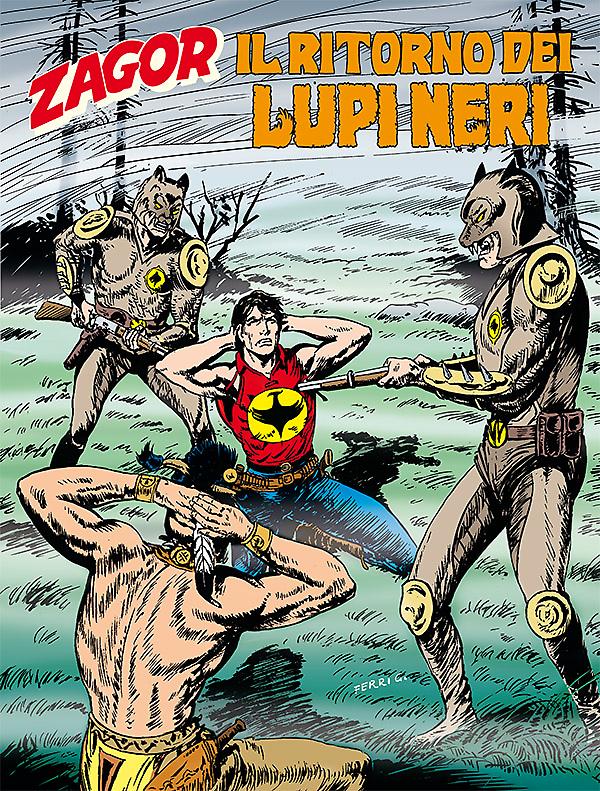 The Black Wolves had been defeated by Zagor, but now they're ready to come back! Inside the walls of Hellgate Prison, Manuel Cordero, the former right-hand man of Colonel Otto Kraus, the leader of the wolves, listened to the confidences of Sam Fletcher, a.k.a. Iron Man, one of the Spirit-with-the-Hatchet's old enemies. And now, thanks to Fletcher's secrets, Cordero, after joining forces with General Brad Trafford, sworn enemy of all the Indians, created a new special army unit: the Iron Wolves, ready to attack Tonka's Mohawk camp!