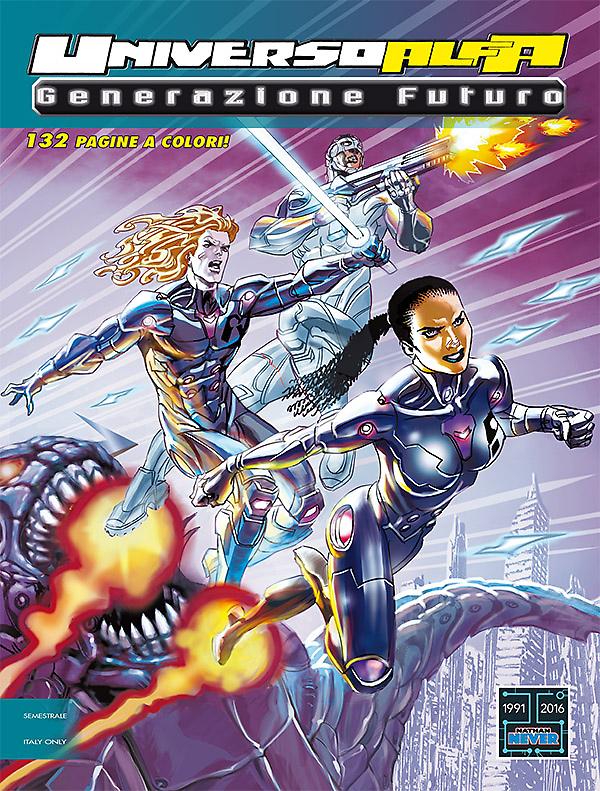 Introduction: Our futuristic New Heroes debut on Universo Alfa… in a full-color episode

An opening in sub-space thrusts an alien creature – half machine-half living thing – on Earth. This "technomorph" falls into the clutches of Mama, Queen of the grafted, and she decides to use it as a beacon light to call other aliens that could form an army of her own, an army ready to conquer the world! In order to foil Mama's plan, it's time for action for the New Heroes squad, consisting of Liam, Scout & Joanna, at the orders of Director John Ballantyne, the leader of what was formerly known as the celebrated Agenzia Alfa. It's the beginning of a race against the clock, for the three young agents from a remote future, and it will take them to a frontal clash with the lethal technomorph mother, that came out of a huge rift in the sky over the East Coast!