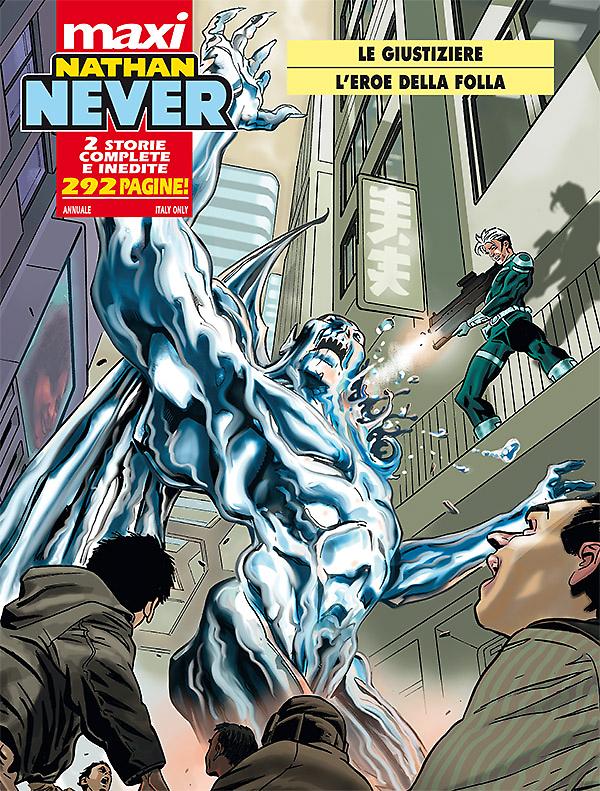 Introduction: A double investigation, between shapeshifting thieves and executioners without pity!

On a mission to Melpomene where they have to investigate about Green Fury, a terrorist organization that supports a protectionist policy about the goods coming from the Earth, Nathan & Legs will try to find a snitch inside the local army troops. When Legs goes undercover inside the police precinct, to find out who's giving sensitive data away to the terrorists, she finds out that corruption is really the last of her problems!

An association of wealthy citizens ask Agenzia Alfa to investigate about an untouchable acrobat-thief, nicknamed by the press the “Thieving Ghost”, who's going rampant in the City. While the authorities are groping for clues, some people – like the members of the protest movement “Who Was” – named the mysterious criminal as their standard bearer, a sort of modern, unstoppable Robin Hood.