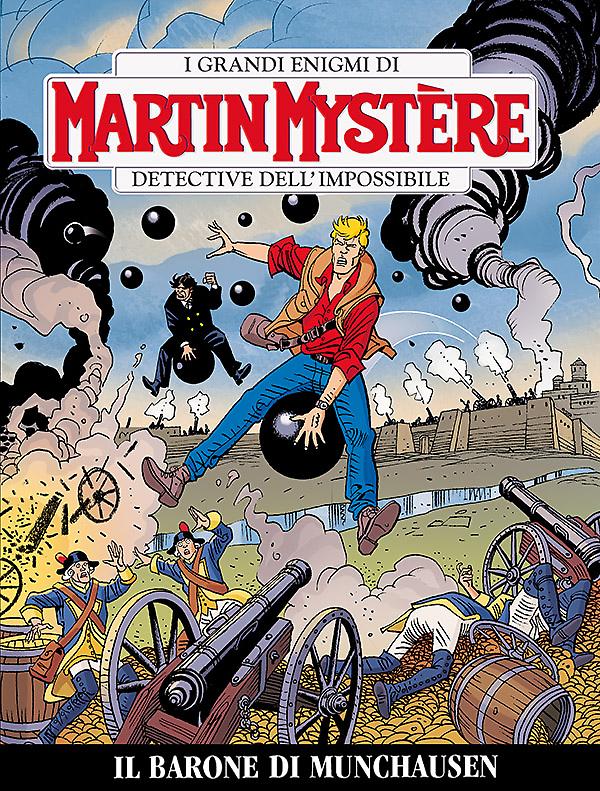 Introduction: The incredible Baron Munchausen: just a fairytale... or a true story?!

Karl Friedrich Hieronymus von Munchausen, born in Germany in the 18th century, was a valiant soldier and a capable businessman: but his notoriety stems from a series of fantastic tales he pretended to be the hero of, invented by him to amuse his many friends, and collected in a book without his knowledge. Riding on cannonballs, horses cut in two and fixed with laurel tree branches, entire flocks of ducks shot down with just one bullet and two journeys to the moon using the most incredible vehicles... But were these really fictional stories? That's what Martin Mystère will have to find out, in one of his most impossible investigations.