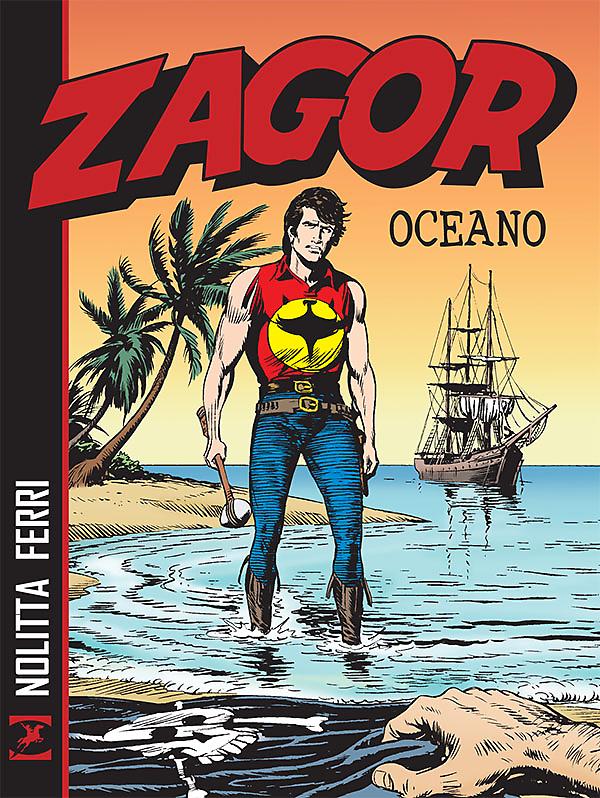 From the pen of Zagor's creator, Guido Nolitta, alias Sergio Bonelli, and the pencil of the character's visual creator and cover artist, Gallieno Ferri, an adventure where the Spirit-with-the-Hatchet goes looking for a mysterious treasure.

After fortuitously finding a map of the place where Captain Maldonado's ship drowned centuries ago, “Digging” Bill involves Zagor & Cico in the search for the treasure of the "Esmeralda". To have a better chance to spot the wreck, Zagor puts a diver's suit on and plunges into the sea, entering a new, exciting universe. The Darkwood King and friends will have to face Captain Snake's pirates, the descendants of the pirates who fought the Captain of the "Esmeralda", in an epic and unforgettable duel with an unexpected end… But what's in the casket that has been recovered from the wreck will cause an even bigger surprise...