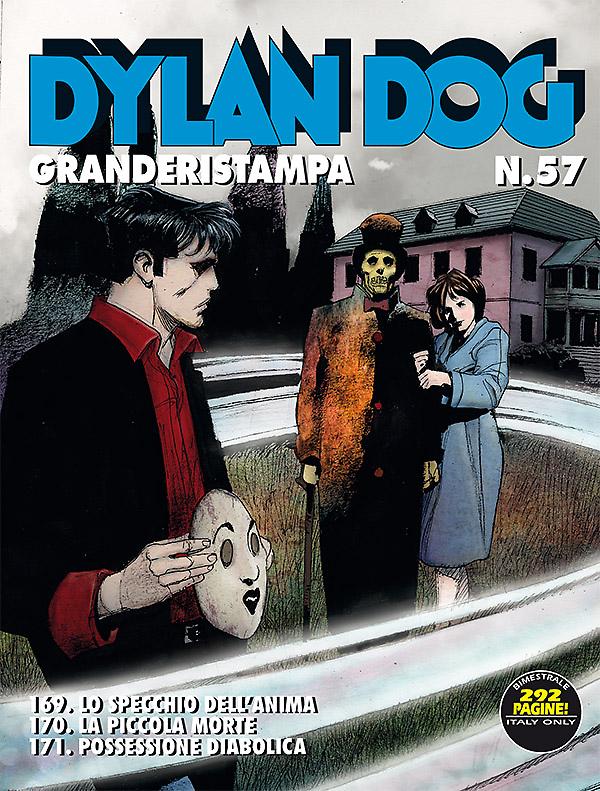 Brighton Whitaker was a great writer, or maybe he was just a reporter working in the shadow of the heinous crimes of a serial killer. Whatever the truth of the matter, death obliges Dylan to engage in a weird and disturbing game: scanning the mind of the monster, putting himself in his shoes, absorbing the monster’s personality… But now who should Dylan Dog fight against, if the murderer is non other than a reflection in the “mirror of the soul”?

Do you remember Pearl Dee and her puppet Byron? Well, you really ought to, because you’re about to meet them again. But the problems are compounded this time by a man who’s gotten away from a military base hidden somewhere in the steppes of northern Russia. Sacha Dagerov is a scanner - he can kill with the power of his mind. And he wants to meet Pearl, the last remaining one of the creatures like him…

It lived in the darkness of deepest space, and when astronaut Kay Harrison violated its world it decided to follow her. Or better: it decided to take her soul. Now the “thing” has landed on earth and someone will have to stop “it”. Someone will have to kill that woman who is the victim of “possession by the devil” and the mad avenger Valus Grant would like Dylan to be the one to do it!