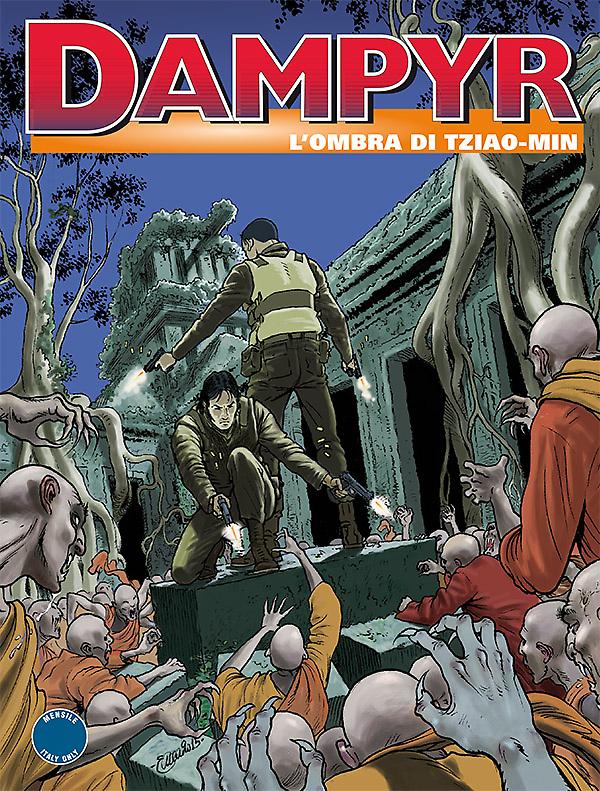 Introduction: An appointment with fate, in the Indochinese jungle...

After a long chase, Harlan finally finds the tracks of a Vietnamese Master, Tziao-Min, whose pack of undead had previously been tackled by the Dampyr in the Brazilian jungle of Pantanal... Now the action moves to Cambodia, where the mysterious Monk is the secret ringleader of a drug-trafficking operation. Here, a group of former U.S. soldiers who have been turned into vampires, led by Lt. Carey, is waiting in ambush for our heroes and T-Rex's mercenaries... But Harlan is the only one who has read a particular page of the Book of Fate yet...