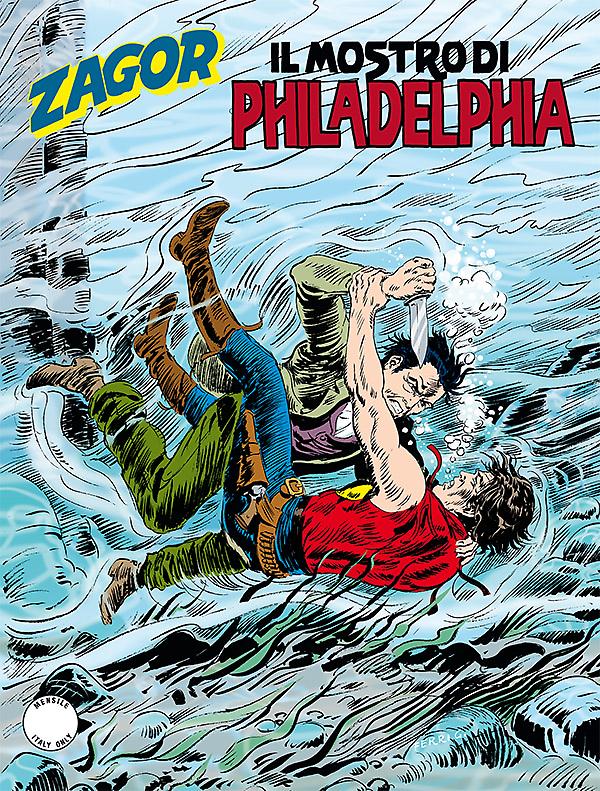 Introduction: Zagor on the tracks of a man-eating killer who resembles a character escaped from the pages of an Edgar Allan Poe novel!

His latest meeting with Edgar Allan Poe convinced Zagor to hunt a serial killer who, after murdering his victims in the streets of Philadelphia, devours parts of their bodies in a cannibalistic ritual of sorts. It all appears to be connected to a novel by Poe, "The Narrative of Arthur Gordon Pym of Nantucket", where some of the characters in the story save themselves from a shipwreck by eating the flesh of one of their companions after having killed him. The writer reveals to Zagor that the episode has really happened, and was related to him by a sailor called Reynolds, who now appears to be mysteriously vanished...