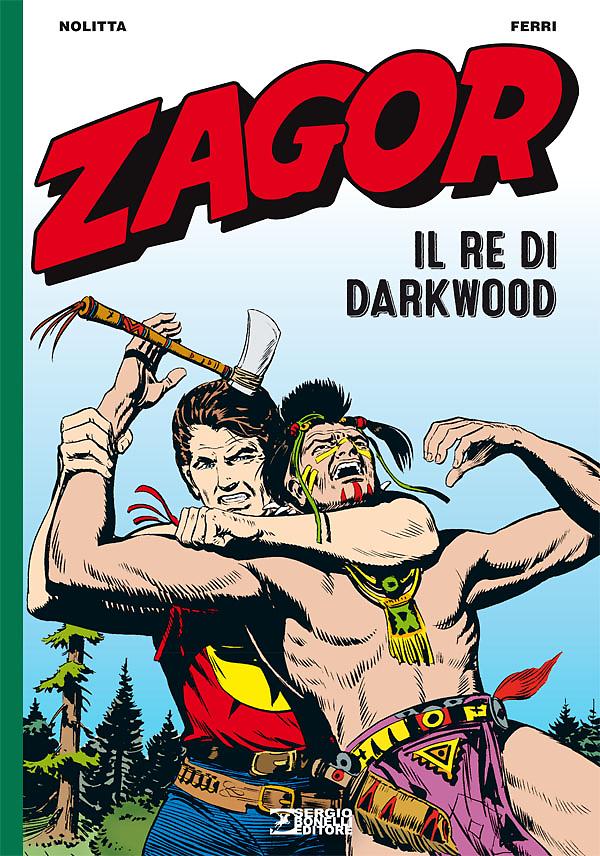 After several years' absence of this volume from bookstores, Sergio Bonelli Editore republishes a coveted mainstay of Zagor's long saga: the story of his life as told by the Spirit-with-the-Hatchet in his own words!

It all begins in a gloomily rainy day, when Cico happens to find a portrait of Zagor's parents and urges the friend to tell him about his past. Zagor used to live with his mother and father near the Clear Water Creek. One ill-fated day, when he was still a little child, the Wildings were attacked by some natives of the Abenaki tribe, led by a White man, Salomon Kinsky... Only young Pat survived, and was taken care by Wandering Fitzy, a rich Boston businessman who decided to change his life and go living in the woods. As a grown-up man, Pat Wilding cannot appease his rage; but when he manages to have his revenge, he finds out a terrible truth that will change his life forever!