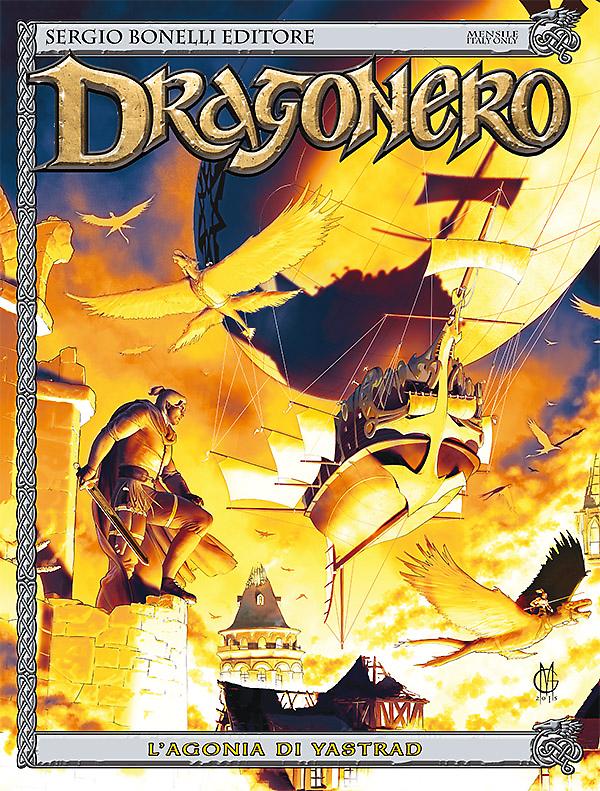 Introduction: How can the chaos and violence that struck the streets of Yastrad be stopped?

The city of Yastrad is in chaos, engulfed in an epidemics that drove its citizens crazy, making them go on the rampage against each other, in a terrifying escalation of violence. Dragonero, Gmor & Sera are forced to run away on the burning streets, while the sky fills with flying warships, sent by the Empire to restore order. The key to the strange things that are going on lies outside the city walls, near an old farm where an as bitter as dangerous surprise is waiting for Dragonero...