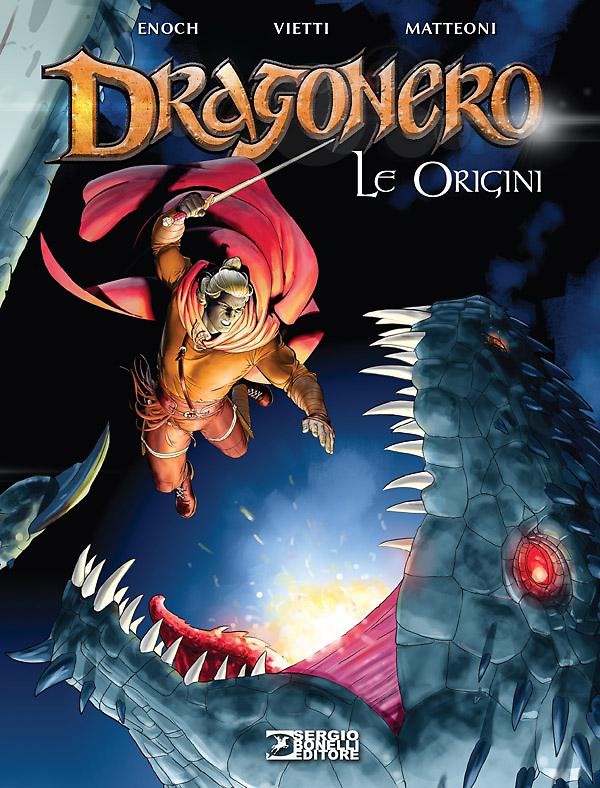 The first “Romanzo a fumetti” published by our Publishing House is back. Out of print since a long time, the volume dons a new, full-color appearance and features an extended "making" of section and, also, an exclusive new cover illustration by Giuseppe Matteoni.

Beyond the giant barrier of The Wall, dividing the Empire from Dragonlands, the Stone Towers are now crumbling down under the wild thrusts of an evil force. The Ancient Prohibition, the seal that binds the Abominables inside their dark world, is soon to be broken. Alben the Wizard summons Ian Aranill, a scout and a former Empire officer, along with Gmor the Orc, his loyal friend. Ian, scion of the ancient Varliedàrto family, the «Dragon-slayers», is the only one can prevent the Algenti, sentient and evil creatures who live in the desolated Dragonlands, to wreak death and destruction on the civilized lands of Erondàr.