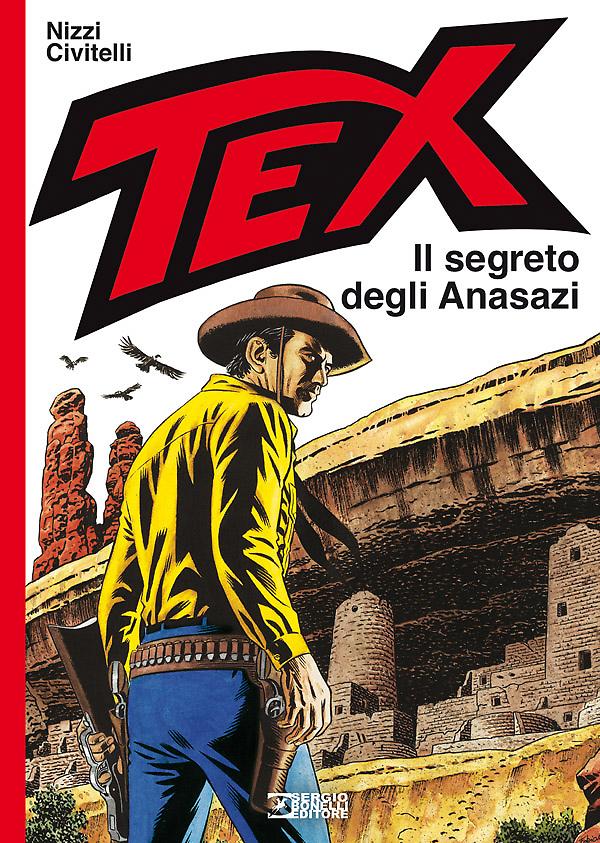 A typical Christmas present for Tex's readers, a recurring event since many years ago for all the fans of comics’ most famous Ranger. A full-color book, written by Claudio Nizzi with art by Fabio Civitelli, one of the most accomplished duos to work with the character created by Gianluigi Bonelli.

An archaeological mission led by Professor Lovestock ventures into Hopi land, looking for the lost "pueblo" of the Anasazi. A young chief, Tumak, cannot tolerate the idea of some White men tramping over the graves of their ancestors, who were buried in the valley. He’s ready to initiate a massacre. Tex, who’s been called for help by the medicine man Tasupi, will have to avoid a bloodshed in the Hopi valley. Meanwhile, Lovestock’s party comes to an Anasazi ghost town, and begins a dangerous search for the “sacred chamber”, where a fabulous treasure is supposed to be hidden…